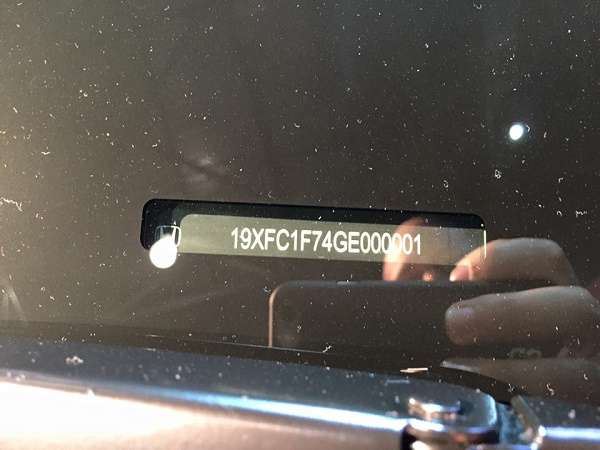 Aloha Hawaii your 2016 Honda Civic is manufactured in Canada

The first 2016 Civic Sedan you see driving on the roads of Hawaii will be imported from Canada.
Advertisement

We live in an interesting world economy. Although Hawaii is most likely closer in shipping distance to Honda manufacturing facilities in Japan, 2016 Civic is not being manufactured there for North American, domestic or world production.

According to our friends at 10thcivicforum.com, the first 2016 Civic Sedan headed for Hawaii,(island unknown) is manufactured in Alliston,Ontario,Canada. And, according to forum contributor Civic X News, is the 30,454th 2016 Civic to roll off of the Alliston Assembly line.

Knowing that production for the 2016 Civic began on October, 20, 2015, we find that production number to be astounding. That would be 3,000 Civics per day, produced by the Civic “ World Production Lead Plant.” Personally, we love driving the manufactured in Canada 2016 Civic Sedan.

Apparently, the Alliston plant is producing a bit above average capacity for this roll out, based on the stated production capacity of 400,000 Civic and CR-V vehicles per year. In other news, $850 million has been invested by HMC (Honda Motors Canada) in the past 3 years to upgrade 3 Canada based car and engine production facilities. This seems to be paying off for Canada in added jobs and revenue.

This is the first time in Honda History that HMC will serve as the world production lead plant for Civic. Congratulations HMC.

At any rate, Civic X News has taken the time to explain the implications of your next 2016 Civic Sedan, and how to read the Vin #. Take a look.

*With full production now underway, we've finally got our hands on a couple VIN numbers...

Your VIN is broken down as such WMI / VDS / VIS.

WMI is the World Manufacturer Index, the first 3 numbers of your VIN indicate what region of the world it was made in, the specific country of origin and what type of vehicle it is. For the 2016 Civic you will see either 19X indicating the car was made in Indiana, 2HG for Alliston and SHH for Swindon.

Numbers 4-9 indicate model, body type, gearbox and engine. For example this EX-T in transit to Hawaii shows FC1F39, FC is the platform code for sedan. The 1 may indicate a 1.5T.

Digits 10-17 identify the vehicle. Using our Hawaii car again, GH630454. The first G indicates it is a model year 2016, H is Hondas code for Alliston. The remaining numbers are for production sequence, so this EX-T was the 30,454 2016 Civic Produced at Alliston.

As for the picture above. VIN number 19XFC1F74GE000001 indicates that this car was made in the US by Honda, it is a Civic Sedan, MY 2016, made in Indiana and it was the first car off the line.

Mark Taylor wrote on November 1, 2015 - 4:25am Permalink
Correction to your assumption that 30454 is the 30454 Civic from Canada Honda actually uses the first digit as an additional classifier of Destination this VIN would be for the 454th Civic of the 300000 Destination Series.
Parks McCants wrote on November 3, 2015 - 7:06pm Permalink
Welcome Mark. Thank you for sharing a bit of insight.