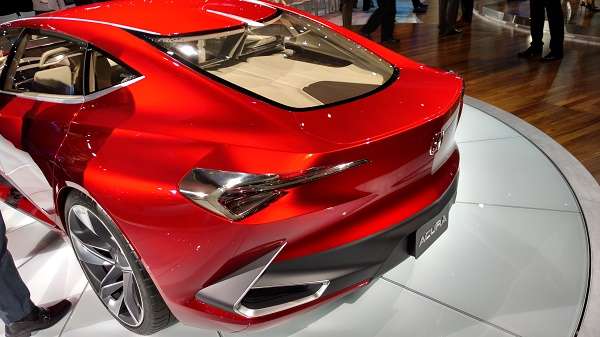 While attending the Los Angeles Auto Show, I experienced Acura’s slant on a near future driver to car connectivity interface. The future in dash, center stack design just arrived!
Advertisement

What if all of your auto-related connectivity and functionality could be controlled with a precise, segmented sweep of your right hand, and then visually relayed to you through an ergonomically correctly placed dash and center stack monitor?

Yes, I know, BMW and others have ventured into touch-pad-like finger activated navigation and features command. Respectfully, from where I sit, Acura’s Precision Cockpit presents a quantum leap in precise, finger command, resulting in eyes on the road, driver to vehicle connectivity. We first met Acura’s Precision Concept here.

We’ve all fumbled around on a static screen attempting to finger tap commands, adjust climate control, dial in our favorite music channel, or manually pair a cell phone while in motion. Recent reports suggest that dash and center stack monitors can be as distracting as handheld cell phone calls, texting, or fumbling around with a drive-mode toggle or thumbscrew while diving.

Some studies further suggest that an otherwise well meaning driver to car command interface can distract the driver for several seconds, unfortunately resulting in auto related accidents. Within a model year or so, Acura’s Precision Cockpit will be integrated into this vehicle.

My thanks to the patient Acura engineer that walked my through the Precision Cockpit hands-on demonstration: Admittedly, this old school driver took a moment (several) to get familiar with the rapid-fire, segmented command touchpad. But, once I slowed down a bit, gliding my finger over the segmented touchpad, and then pushing down on my selected command, the benefits of this technology broke through my personal hesitancy to accept this segment breaching advancement. NSX supercar inspired Acura’s precision Cockpit Design.