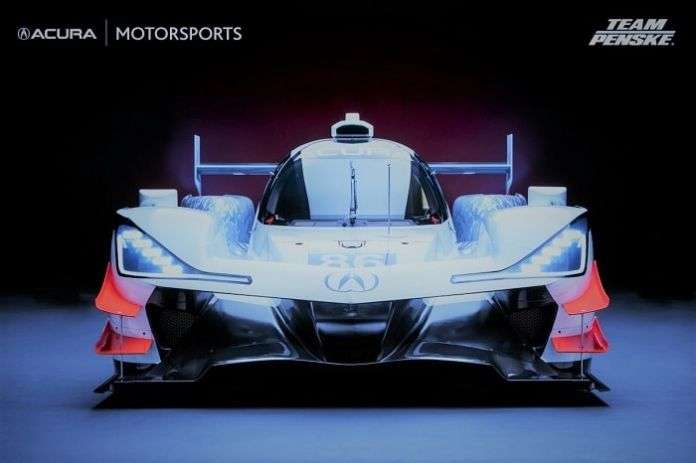 It’s not every year that we find Acura Motorsports competing in partnership with two auto racing giants at the Rolex 24 at Daytona. Such is the case for the 56th annual running of what’s been called the toughest endurance race in North America.
Advertisement

By the time you read this snippet, 2 major players, fielding 4 cars, will sit trackside in Daytona Beach Florida. At stake here for Acura Motorsports and their partners Michael Shank Racing -- fielding 2 NSX GT3 IMSA supercars, and Team Penske -- with two Acura ARX-05 cars, considered the “Star Car” of the IMSA Weathertech series, is not only team owner and driver reputations, but millions of sponsored dollars spent. With 50 international contestants entered, this is the most exclusive race event in Motorsports.

The Rolex Daytona 24 Hour endurance race is Motorsports show time, with a worldwide audience. On a side note, I took a hot-lap with one of Penske’s drivers back in 2016 in this NSX supercar while visiting Thermal, California.

Michael Shank Racing has had a car entered every Rolex 24 At Daytona since 2004, finding success in the Prototype field before switching over to GT competition in 2017 with Acura. The 2018 two-car program marks the 24th entry for the Ohio-based team in the 24.

ARX-05’s cockpit is form-fitting, tight and oxygenated. Its smart wheel is digitized, and button activated. The only thing separating the driver from the extremes of the cold-night air is an aircraft mylar bubble. For the driver, ARX-05 can be physically challenging, and claustrophobic at times. I first reported on ARX-05 here.

For the Rolex 24 Hour, Pensky has recruited a star-power lineup -- arguably the winningest drivers in Indycar and Formula 1 Today. With Hello Castrovertes leading the lineup, Pensky has little reason to doubt that barring mechanical failure or collision, one of his two Acura’s will win Daytona this weekend.

The list reads like a who’s who of Indycar and Formula 1. But then again, we are talking about Roger Penske Racing. Juan Pablo Montoya, Dane Cameron, and Simon Pagenaud are in one car, with Helio Castroneves, Ricky Taylor and Graham Rahal in the other. Read more about Penske’s return to Sports Car series racing here. A Torque News shout out to our friends at H.P.D. Acura Motorsports. Cheers! We’ll catch up with you at the finish line.

Elon Makes a Cybertruck Statement With an Action, But Quiet in Words
Tesla's Record Month in China: Doubled Registrations in March 2021
END_OF_DOCUMENT_TOKEN_TO_BE_REPLACED