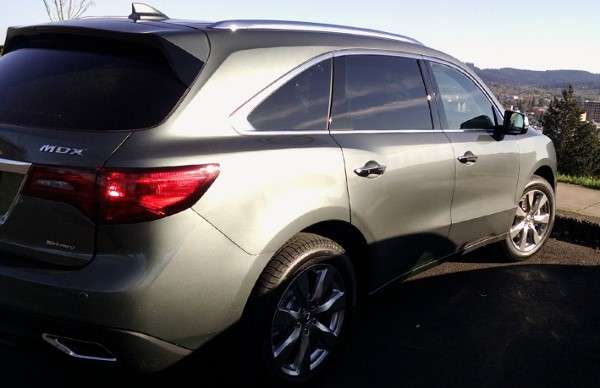 Acura 2016 MDX 9 speed: The difference between faulty and user preference

For MDX drivers that prefer the less aggressive shift pattern of earlier offerings, the ZF 9 speed may take a bit of getting used to. We believe it’s worth the effort.
Advertisement

Metaphorically throwing oneself under the bus as an automotive journalist can be time consuming as well as debasing as to one’s audience. Such was the case with the creation of the TLX owners' forum of 2014. “Tell us about your 2015 TLX ownership experience,” seemed like a worthwhile project at the time, and it has(good or bad) connected us with our readers; most of them happy with TLX with one exception; the 9 speed ZF Transmission with IDS feature.

Torque News recently had the privilege of spending a week behind the wheel of Acura’s latest MDX offering. Our test mule was the top of the mark 2016 MDX. SH-AWD with Advance and Entertainment Packages. Much like the storied “Girl Next Door” and the obsessive teenaged boy that couldn't see enough of her, 2016 MDX for us was love at first sight.

Dressed to the 9s, “Blinged out’”in custom rims, chrome top rails, gorgeous Forest Mist Metallic paint, tinted glass, and Acura’s state of the art Jewel Eye ™ headlamps and digital tail lights, 2016 MDX caught our collective imaginations as to things to come. As with any first date, anticipations ran high with just a bit of trepidation, and she took a moment or two to get acquainted with.

Torque News had driven 2015 Acura MDX through Western Arizona on a romp from Phoenix to Sedona. We, like most MDX owners interviewed were pretty damn happy with MDX as it was. Although finding the 6 speed to search a bit while driving through the city at lower speeds, it was second to none when engaged in highway travel; as was our test MDX with 5,000 showing on the Odometer.

In other words, our MDX had broken in a bit and remained as tight as the inner workings of a fine Rolex Watch. It was as close to perfect a driving experience one could anticipate from a premium midsize, V6 powered SUV.

And then, as with any new technology, the reader complaints started rolling in… Once again the transmission change sparked a dialog with the Acura MDX loyal and want-to-be new owners. For the old-school (most MDX buyers are 50 years +) the 9 speed shift pattern lacks familiarity. For the new buyer looking to MDX for cushy- Suburban or Tahoe- want-to-be Cadillac or Lincoln Continental ride, shift patterns and fall asleep, down-soft seats, you’re not going to find it in 2016 MDX. “Sport-Like” may be the key to measurable difference between “ Faulty” and user preference.

2016 Acura MDX is a high quality and mostly-fun to drive premium midsize SUV. However, as noted by our team and reader’s commenting on what they perceive to be an “Abrupt” or rough-shifting 9 speed transmission, we all need to step back from the monitor for a moment or two and consider the possible benefit and utility of this relatively new transmission technology.

Torque News-Acura discovered that when transitioning from Normal to Sport or Sport + drive with the push of a button, 2016 MDX took on the acceleration capabilities of a more powerful V8 engined crossover. For highway cruising or slow transitional 2-lane road travel, we found “Economy” or “Normal” drive mode to be akin to a quiet stroll through a virgin rain forest in early summer; quiet and calming.

In the 680 miles of driving 2016 Acura MDX,( 200+) miles when we took delivery, we noted a gradual softening of the driver’s seat, a “working in” of the suspension, and a growing familiarity with MDX systems. As with all of today’s high tech featured cars and light trucks, 2016 MDX comes with a bit of a learning curve.

Personal preference set aside, we believe that MDX when weighed against the competition offers the greatest overall purchase and drive-ownership value on the market today. It’s # 1 in North America for reason; it’s that good!

As to the ZF 9 speed automatic transmission and IDS: Based on our experience, Acura has made the right transmission choice for MDX. We found the 9 speed and IDS system to work flawlessly, and did not experience any “harsh” shifting. Any transmission gear wandering at lower speeds and transitioning through traffic is all but gone.

However, there is a notable difference between this transmission and prior MDX model-year offerings. Is it faulty? No! Will it take a few miles driving under mixed weather and road conditions before the 9 speed is second nature? Certainly. Thus, the difference between “Faulty” and user preference.