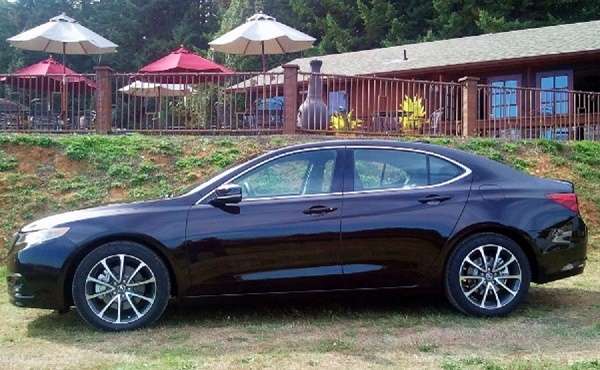 2017 Acura TLX remains a solid offering on eve of reboot

With a scheduled major refresh for 2018 Acura TLX, Torque News drops behind the wheel of the maker’s best selling sport sedan to revisit initial impressions of greatness.
Advertisement

In this 24/7 accelerated world of tech driven active safety and near autonomous accident avoid
ance features, Acura opts for a mostly cosmetic injection of precision engineered performance. After today’s drive behind the wheel of 2017 Acura V6 SH-AWD Tech, I walked away with confirmation that Acura TLX in its first edition, remains a rock solid lease or purchase offering. TLX measured performance is greater than the sum of its parts. What does Acura have planned for 2018 TLX?

Today as I explained the finer points of Acura NSX to a customer at my local Acura dealership, he proclaimed that I should be an Acura salesman. Perhaps, but that’s not what I do. Nonetheless, I am an Acura fan, knee deep in 3 decades or so of Acura drive adventure recollection.

Although TLX may not be the most horsepower and torque powerful offering in the premium midsize sport sedan segment. 2017 Acura TLX in its rather conservative, well polished, unique looking first generation production edition, is a comfortable, easy to operate, near intuitive personal driver, earning auto industry wide recognition -- actually, it’s a great driver.

Slipping behind the wheel, I couldn't believe it had been 3-year since I’d first experienced TLX

Driving off the lot and onto the Beltline, I toggled Acura’s drive-mode- selection to Sport-Plus. Instantly, throttle response and automatic shifting sequence quickened, with the drive-by-wire push of the gas peddle to the floor mat. Before I could count to 8, I’d reached 90 mph.

Looking for the highway patrol,, I dropped back a bit and slipped behind an 18 wheeler, but not before being audibly warned by Acurawatch ™, of transition right and left side-lane traffic. I was astounded by the controlled fluidity of Acura’s active-dampened suspension. Interstate 5 in western Oregon is corn-cob rough, you wouldn’t know it by TLX’s solid, yet comfortable drive and ride experience. And then there’s SH-AWD, something the other makers don’t have.

The best heated, leather covered seat in the segment belongs to Acura TLX

It’s that thing that happens when you sit in a leather surface seat that feels broken in, but not worn. For me, when considering the purchase of a new or used vehicle, nothing exceeds the importance of set comfort. Up front was my exit. I was traveling at 75 mph in the far left lane when I recognized the turn off. Without so much as a hickup, 2017 Acura TLX transitioned 3 highway lanes at speed. No sway, no swivel, no bump, and most importantly, a fantastic road to foot brake feedback that fluidly applied the binders without grabbing, I like that! Read our latest Acura TLX drive review here.