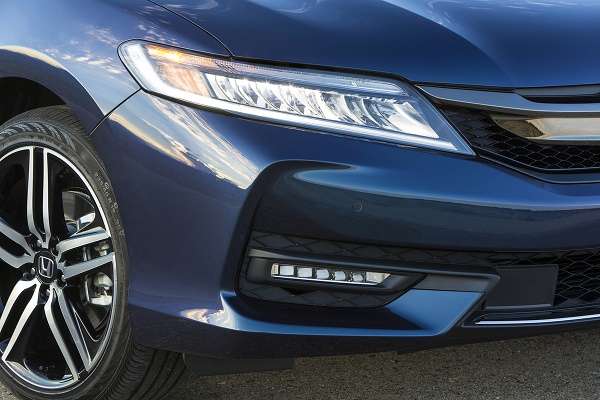 2016 Honda Accord: Better, or simply different?

With all the (highly qualified) hype heaped upon the news feeds by auto reviewers like myself, sometimes it’s a bit tough to measure the positive attributes of a new model offering, as measured against existing inventory: in rolls the 2016 Honda Accord.
Advertisement

There’s no lack of 2015 Honda Accord sedans and coupes populating most of North America’s 1000 or so Honda dealerships. This can be a bit confusing for the car shopping consumer when comparing an overlapping outgoing and incoming model year. Such is the case with the Honda Accord.

Honda Torque News has received email inquiries from would be Honda buyers, as to the market value and possible initial savings associated with the purchase of a transitioning model year. Good question!

At this time, Honda's rival Toyota and most major and minor automotive manufacturers are fully engaged in Summer Sales Events. This week we penned an article as to the mechanical and tech-rich attributes of the outgoing 2015 Honda Civic, and the possible initial savings and long term value realized when purchasing a transitioning model year.

The same holds true for 2015 Accord, although in the case of Accord, there may be a bit more urgency as to the ‘moving-out‘ of dealership stock on behalf of the dealership. The 2016 Accord sedan will begin arriving at select Honda dealers Wed, August 19. And, much like day old bread, the longer a car sits on the lot, the less it’s worth to the dealer and the consumer.

2016 Honda Accord: Better or simply different

We were recently afforded the opportunity to drive 2016 Accord coupe and sedan at the Honda Dream Garage Event. While the visual difference between the exiting 2015 model and the substantially ‘refreshed’ 2016 model is largely cosmetic, Honda engineering has taken this car a bit further than one might anticipate; as to ride, interior quiet, superior personal electronic connectivity, and top of segment active safety technology.

Here’s how we see it! 2015 Honda Accord is a fine automobile. And while it doesn’t offer all of the features presented in the 2016 offering, it does presently offer an exceptional purchase opportunity. And, it will be several weeks if not months before the 2016 coupe, and finally the 2016, 1 engine, 2 motor gasoline/ electric Accord hybrid returns to North American markets from its point of manufacture, Japan.

As is the interior and exterior dimensions of America’s best selling (retail) sedan. What you will discover in model year 2016 for Accord is: Apple i-Play to car display connect ability, expanded charge stations, a 40/60 split (trunk access) rear bench, some very groovy wheel designs, a redesigned front and rear cowling, grill treatment, stellar front and rear digital lighting, and a measurably improved drive and ride environment.

2016 Honda Accord’s base MSRP (4 door LX 6 speed manual transmission) is unchanged for 2016 ($22,105 - $34,580) with all but the base LX models standard equipped with Honda’s state of the art Honda Sensing ™ active safety suite of electronic, camera and radar activated accident avoidance technologies. *Note: Accord is due for a redesign model year 2017-2018.

Don’t need it, don’t want it

For Honda buyers looking for a well built 2015 Accord sporting a few less features, after scouring west coast dealers for an Accord bargain or two, $2,000 to $3,000 dollars discounts, plus reasonable finance savings can be realized on the purchase of a 2015 Honda Accord. Good luck!