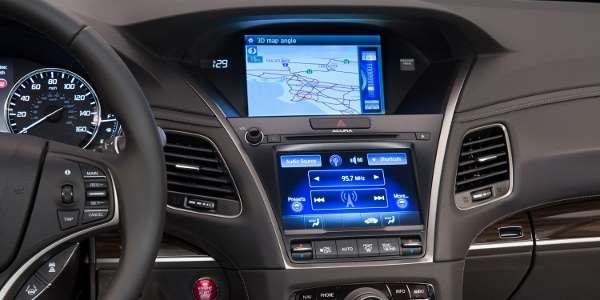 Last November, while dropping in on the west coast’s largest auto show, I attended the Los Angeles Connectivity Conference, and was just a bit blown away (and mildly concerned) as to what was shared there. Just weeks before, a specially equipped 2014 Acura RLX had completed a hands-off 8 mile loop around the city of Detroit in demonstration of technology that would some day relieve the human occupant of the car of driving duties.

Welcome to the future

Sci-fi? no, it was real enough and happening in 2014. Now, I was sitting in a 2 day multiple speaker conference where experts from city government, high tech and the automotive industry incubator of near-future driverless hub traffic interface, and car-train-like commuter lanes, remotely controlled by a yet unknown authority. This was starting to feel a little Blade-Runner-like to me. Being 'old school' to the 10th degree, I wasn’t willing to give up control of my car or light truck anytime soon, that just wasn’t going to happen!

Granted, I still find it all to be a bit creepy! Big brother is watching, hell, big brother is already, most likely, in your car. Bluetooth connectivity, on board navigation, Hondalink ,™ Siri, and other wave transmitted traffic information, satellite adjusted climate control, etc, tracks the location of your automobile, road and traffic conditions; stores your preferred-traffic destinations as well as your average travel speed, fuel consumption and the performance of the vehicles' mechanical and electronic systems.

2015 Honda CR-V Tour, yes it has it: Today’s mid to high trim variant vehicles track your personal driving patterns, and adjusts engine performance, acceleration, braking and steering ‘feel’, tailored to you, the driver.

Regardless of brand or trim variant, if you drive a vehicle manufactured in this decade, you are to some extent, connected.

Cool, I don’t want one! But that doesn’t mean that it isn’t going to happen. But then again, I don’t live in a traffic corridor where if you miss your morning slot, that commute to work turns into a 2 hour verbal slugfest. Cities like Los Angeles, ground-zero for Honda, Toyota and other U.S. ( that’s right ) manufactured automotive brands, is a case study for autonomous driving.

San Francisco and San Jose, Yes, they’re a traffic nightmare as well. Honda Silicon Valley Lab (HSVL) R&D facility sits in the middle of one of the most congested traffic corridors on the west coast of the United States. It’s also epicenter to the tech-software driven revolution that is the world of personal-connectivity that we live in today.

And, that’s where you’ll find the current and future talent that will continue to evolve Honda hard-drive and software driven personal connectivity, voice command, touch screen component control, information search, and yes - self driving Autonomous technologies. You may read about HSVL here.

In my latest drive-review of 2016 Honda Pilot, I discovered a mainstream SUV that presents a futuristic bundle of active accident avoidance technology, include Autonomous driver-relief when necessary. Read about it here.

Friday morning I will share with you what we learn today from Honda R&D in Mountain View, California. We’re also promised an exciting new vehicle review, stay tuned.