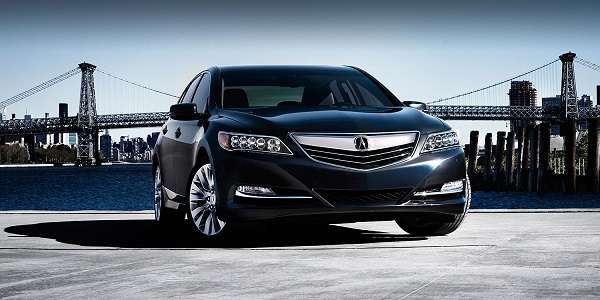 “Old School”, “New School,” it doesn't matter. Want it or not, autonomous-like active safety technology has become a marketing tool for many if not all automotive manufacturers. What lessons do we learn from Acura’s latest MDX. RLX recall?
Advertisement

When Torque News-Honda first experienced “True” autonomous(self steering and braking) active safety features, I was behind the wheel of a 2015 Honda CR-V Tour. While attending Honda’s roll out of their best selling compact SUV, my co-driver Andrew Hard of Digital Trends took his hands off the wheel of CR-V( 2 or 3 seconds) on the toll roads of Orange County, California.

While not recommended by Honda, Andrew’s a young auto review journalist with an inquisitive mind, that loves to mess around with technology. I myself--well, let me put it to you this way, at that time would just assume disable the feature.

While I too appreciate the technical advancements integrated into today’s cars and light trucks, I prefer to drive myself; robots be damned! O.K, that may be a bit harsh, and frankly, I may have a bit of a control issue.

This week while catching a network T.V. episode or two, a Mercedes Benz S Series advertisement came on the screen touting the advent of, and promotion of autonomous-like-accident avoidance features; now available on M.B. cars and light trucks.

I’ve experienced autonomous active safety and accident avoidance work on RLX and several Honda and Acura models of various trim levels. Toyota and Lexus pushes it, so does Nissan and Infinity. Mercedes Benz has it, so does Volvo; so what’s the downside?

Autonomous accident avoidance systems remain under development and may not be perfected under certain road and driving conditions. Read on!
As reported earlier in the week by American Honda Motors, Acura Division, 19,500 (model year) 2014, 2015. Acura MDX and RLX vehicles are being recalled in the United states for possibly faulty systems software. We’ll let Honda take it from here:

Approximately 19,500 model-year 2014-2015 MDX and RLX vehicles equipped with the Collision Mitigation Braking System are affected in the U.S.
System software will be updated, free of charge.

Acura will voluntarily recall approximately 19,500 model-year 2014-2015 MDX and RLX vehicles equipped with the Collision Mitigation Braking System (CMBS) in the United States to update system software, free of charge. The CMBS may incorrectly determine that there is the potential for a forward collision if a vehicle detected ahead is traveling near a metallic structure, such as a metal guardrail or fence; this could lead the CMBS to apply the vehicle brakes unexpectedly, increasing the risk of a crash with following traffic. No crashes or injuries have been reported related to this issue in the United States, but one crash was reported in Japan related to this issue.

The CMBS in the affected vehicles utilizes millimeter wave radar to scan traffic conditions ahead of the vehicle. When the system detects a vehicle or object ahead and determines a collision with the detected object is imminent, CMBS applies emergency autonomous braking to help reduce vehicle speed and eventual collision forces, and therefore to help reduce the severity of a collision if drivers don't take corrective action on their own.
Acura is announcing this recall to encourage all owners who purchased an affected vehicle to take it to an authorized dealer as soon as they receive notification of this recall from Acura. Mailed notification to customers will begin in June. In addition, owners of these vehicles can determine if their vehicles require repair by going to recalls.acura.com or by calling (800) 382- 2238 and selecting option 4.

What lessons we learn from Acura’s latest MDX, RLX recall

So, for us, this is a warning shot across the bow, a “no brainer.” If you own an Acura included in this precautionary recall, we highly recommend that you schedule a software upgrade at your dealer of choice at your earliest convenience.

In the mean time, you know where the deactivation button is. Right? After attending the 2014 Los Angeles Auto Show Connectivity Conference in, it became quite evident that self driving cars and trucks, active accident avoidance, autonomous emergency deceleration, and application of braking will be standard features on all newly manufactured cars within a decade. No doubt! But in the interim as (all) manufactures perfect this technology, you may wish to keep control of your vehicle at all times.