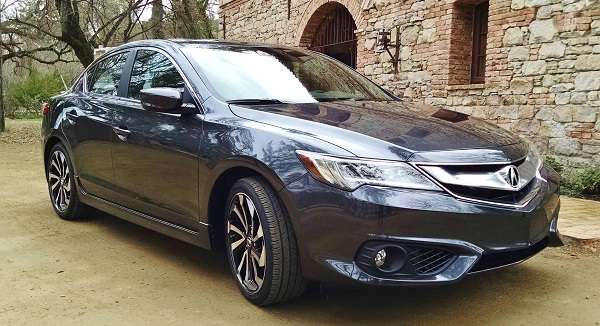 I’ll concede to the fact that prior to the “substantial refresh” of Acura’s Civic based ILX, driving a base ILX was much like taking a leisurely walk in the park. Short story: 150 horsepower didn’t cut it, nor did the Civic-like interior accommodations in a segment dominated by Audi, BMW, Mercedes C Class and Lexus.

Prior to what Acura refers to as the “substantial refresh” of ILX, mid year 2015, and the introduction of the TLX based A-SPEC performance upgrade, to the previously boring to drive and ride entry level executive sedan, Acura didn't have a viable entry in the premium compact car segment. Today, outsold 3 to 1 by 2016 TLX, I don't believe 2016 ILX is getting its due as to how fine a driving car it truly is.

Admittedly, sitting on the edge of size-compatibility for this supersized auto writer, it took me no less than a day to properly adjust my frame to one of the better seats in Acura’s 2016 lineup.

Disclosure; In all fairness to Acura, I spend most of my drive-time navigating a full size crossover. But, as I reached the end of my extended drive review, I couldn't get enough seat time in 2016 ILX-A-SPEC.

After a bit of seat adjustment, powered 8-way in the case of ILX A-SPEC, I discovered ample head, leg and shoulder room, as I pointed this(now)very refined Civic Si-like 201 horsepower, 8 speed dual clutch, paddle shifted pocket rocket down the driveway.

More than a simply downsized 2016 Acura TLX, ILX brings to the lineup an affordable opportunity for young and old Acura fans alike to either move into the lineup, or downsize for ease of parking, measurable fuel economy, and in the case of 2016 ILX A-SPEC, the option of sport-like performance driving. Find full 2916 Acura ILX specifications here.

I readily discovered triple digit speeds in my latest review of 2016 ILX A-SPEC, finding FWD torque steer minimized, with a measurable increase in ride stability. I found ILX A-SPEC to be very capable in the 2 lane sweeps.

Acura engineering has improved ILX braking and road traction, while reducing unsprung weight. The interior noise level has been reduced when compared to the outgoing offering, as has the transference of vibration from the road and drivetrain to the cabin.

I further found the instrument cluster, i-MID and center stack to be well placed for ease of accessory control and connectivity; and the cabin to be nicely appointed, Acura-style.

I recommend ILX A-SPEC for the family driver that wishes to break out of the 4-door mold. Or the drive enthusiasts that finds him or herself accommodating a growing family and the occasional child’s safety seat. You’ll further discover the utility of the fold down rear seat for toy hauling.