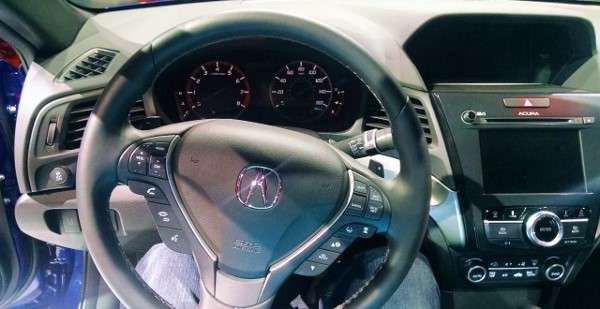 With TLX exceeding predicted sales in its first 90 days of production, Acura introduces a much improved 2016 ILX on the road to sports-sedan segment domination. Will the substantially refreshed ILX return Acura to market dominance as experienced last century?
Advertisement

Acura history: Back in the day,”old school,” Acura was king of the hill when it came to Japanese brand luxury, performance sedans. In-fact, back in 1986 when the Acura brand came out of Canada and the U.S., English, German and domestic makers of the day didn't know what had hit them. Initially, Acura offered two models and a handful of variants; the executive class Legend and the compact class Integra.

Both offerings would drive on to change the auto industry while forging a path for Nissan and Toyota to follow. The U.S. would also see an insurgence of Euro-based premium offerings from Ford and Chevrolet in a quest to catch up with Honda’s luxury brand upstart.

Acura’s call to arms was ”Acura Precision Crafted Performance,” and North American buyer’s responded positively with soon to be record sales and segment dominance for the then less than 90 dealership network. As they say, the rest is history. Acura like all manufactures has ridden the economic ebb and flow of the U.S. and world economy, and remains standing tall.

Back in 2013 Acura was restructured, model offerings reduced with new, groundbreaking engine and transmission changes introduced. While MDX and RDX sales carried the division, a new car or two came out of the design studio. What we see today with 2015 TLX and 2016 ILX is the resurgence of an iconic American brand.

Acura has produced a short-lived sales volume failure or two over the years, but as a brand name synonymous with precision metric quality craftsmanship, and more often than not value priced reliability, Acura has stood the test of time in an automotive world rife with failure, techno-cracity and feature redundancy.

In short, Acura produces a damn fine product, fun to drive, easy to look at and generally elegantly understated. The midline price and performance of TLX raised the bar on standard featured comfort, safety and performance, Acura will do the same with a substantially refreshed and price-point attainable 2016 ILX.

Next week Acura will begin dealership release of 2016 ILX . Will it be good enough, different enough to put Audi and Mercedes C Class back on notice? That’s a reasonable question raised by automotive writers at national roll out events, and it’s an honest and reasonable question. Acura’s target market for ILX is young Millennials, those buyers between 16 and 30 something years of age. Acura knows that brand loyalty is paramount in building and preserving future sales, they look to the substantially refreshed ILX to do so.

Without divulging exact price and specification numbers,(coming Monday) we can tell with you that Acura ILX will share engine and drivetrain features with 2015 TLX i-4 8 speed. Looking to TLX specifications we know that the engine change will take ILX weight to power ratio to the highest in the segment, eliminating current concerns as to ILX being a bit underpowered and unresponsive.

We also know that ILX will come out in 2016 with an optional A-Spec trim level. Affording the buyer an option or two as to rim design, body trim accessories, interior instrument gauge package, seat surface finishes and more. Following Honda’s marketing lead, we believe that pricing will start in line with the exiting 2015 ILX($27,050) and land on the high-end slightly under a mid trimmed 2015 TLX i-4.

Will the larger, more powerful engine and advanced 8 speed transmission take ILX to the next level in segment dominance, how could it not? “Performance, Proportion, Prestige,” is Acura’s new call to arms as this relatively small brand takes on all comers. We’re convinced that ILX will be another winner for Acura and for anyone regardless of age wishing for a small comfortable sedan exuding precision sportitude.

LG's New EV Battery Plant Is a Welcome News for Tesla
Tesla Giga Berlin's New Hurdle: It's Not Only the Gov't, but Now Tesla Itself
END_OF_DOCUMENT_TOKEN_TO_BE_REPLACED