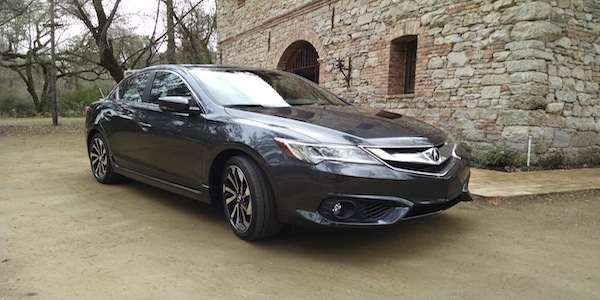 What can we say? Without speaking to specific price, performance specifications(Acura won't let us yet,) and drive impressions, we can tell you that 2016 ILX carries the TLX “sportitude” forward through the line-up.
Advertisement

We learned in listening to Acura’s Mike Accavitti at the Los Angeles Auto Show that ILX promises great things for 2016. We’ve also confirmed that the smallest offering from the Acura sedan lineup will feature the same transmission and engine as the 400 lbs heavier and a bit larger TLX 4 cylinder i-4; bettering the highest weight to power ratio in a growing “white hot” gateway performance sedan segment.

With the introduction of Acura’s latest addition to an already formidable arsenal, ILX will carry forward sales momentum created by the formidable TLX, Acura’s greatest sedan success story of this decade. Will Acura's TLX and ILX sedan duo enable yet another one-two punch for Acura as recorded MDX and RDX SUV sales?

Maybe, but when speaking with Acura, slow sustained company growth through returning satisfied buyers is what they're looking for on the road to quality brand recognition and subsequent sales success. 2016 Acura ILX is a step in that direction, and what we experienced today behind the wheel of ILX is a confirmation of Acura’s commitment to quality, obtainable performance and logical progressive automotive engineering and design.

Looking to 2015 TLX i-4 specifications will give you a clue as to what changes you may anticipate in 2016 ILX. Looking closely at the photo at the top of this article will give you concrete evidence as to advancements in body design, grill and cowling changes, rims headlight, taillight upgrades and trim changes. ILX is good looking, priced to sell and measurably more powerful. You won’t be disappointed, we weren't.

You already know through reading this post that 2016 ILX will be offered in 4 trim groups, with a reasonably priced “A-Speck option offered for a bit sportier look. Pricing will begin in line with the 2015 ILX, and, as with the Honda CR-V substantial refresh, Acura will carry the tradition forward offering greater standard value than the competition without inflating the $ bottom line. We believe that Acura has upgraded an already good car to “great car status,” giving all comers in this segment a true run for their money.