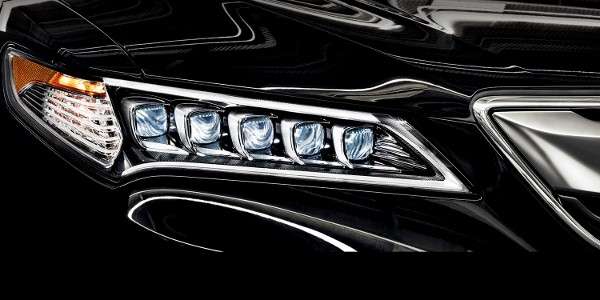 Reading about it and actually experiencing TLX Jewel Eye LED headlamps is two different things. We weren't convinced until we experienced it ourselves.
Advertisement

Monday night was a life changer for us. Acura was kind enough to lend Torque News a 2015 TLX V6 SH-AWD ADV for an extended drive and review.

While we had been sold on the general attributes of TLX at a West Virginia unveiling, we hadn’t driven TLX in the dark. This is where that life changing event comes into play.

Eugene, Or., although the second largest city in Oregon, remains rural on its outskirts. It’s not uncommon to cross paths with wildlife while driving down the backroads of Western Oregon. There are no street or intersection lights on the backroads and hitting a deer, wild turkey or squirrel while coming through an S turn or blind downhill is common place and all too frequent. That all changed for me and mine Monday night.

Before we drove the all new 2015 TLX I personally believed my night vision was failing, thankfully I simply needed superior headlight beams. Acura’s “Jewel Eye LED are stunning, but not to oncoming traffic,” says Acura. We discovered that they turn night into day with a long reaching full lane- wide path of unobstructed night vision.

Looking to the front end of TLX, we discover a wide multiple projector-like array of LED lamps. What this very effectively does is light a wider path of blue/ white light while reaching down the road several hundred feet. In high beam, night turns into day.

When parked and approaching the car with key fob in hand, we like the automated ground-lighting projected from the base of the side mirrors, lit door handles(in and out) and the fully automated dusk activated head, tail, running, cabin and dash lights.

Returning to home base we spied a 5 point buck with 2 does and 3 spotties. While they may be at the base of Appletree Drive every evening, this was a first time viewing for us thanks to TLX Jewel Eye LED headlamps.

You will find 2015 TLX specifications here. Wednesday we will share the performance road-handling attributes of TLX.