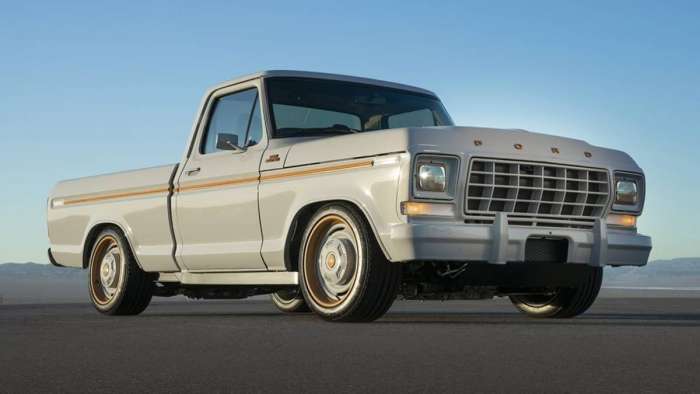 Mixing the best of the past and the present is always a fun project for many automakers to do. But while many of the custom builds that embrace this theme tend to infuse modern V8s with vintage styling, The all-new F-100 Eluminator SEMA concept takes it in a different direction with the infusion of modern EV hardware.
Advertisement

Electrification is making big waves across all sectors of the automotive market. That even includes the aftermarket with many custom shops and builders rapidly adapting to a future where custom vehicles could end up being powered by electric powerplants versus the big fuel-guzzling V8s that define many current builds. Ford is keenly aware of this changing reality and gave the SEMA crowds a surprise with the unveiling of the F100 Eluminator pickup concept. 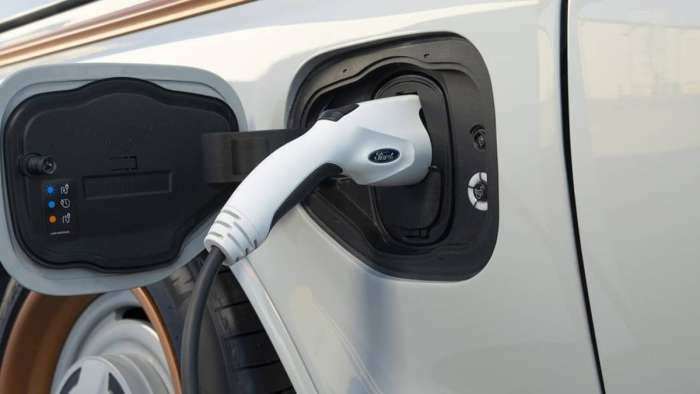 The truck was built in a collaboration between Ford and MLe Racecars, and at first glance, it resembles what you would see in a vintage F100 model. However, the truck is slathered in Bright White paint, and copper accents replace the blingy 70's era chrome that were crucial identifiers of an F100. The truck is heavily focused on design, and that extends to the lenses for the lights with the taillights and the indicators all being replaced with clear units.

The dog-dish style 19-inch billet wheels retain the appearance of classic steel wheels and compliment the slightly lowered suspension that engineers also added to the truck to improve its stance. The bed also looks like it was essentially unchanged, allowing the truck to retain the ability to haul loads and do other bits of truck stuff when asked to do so. 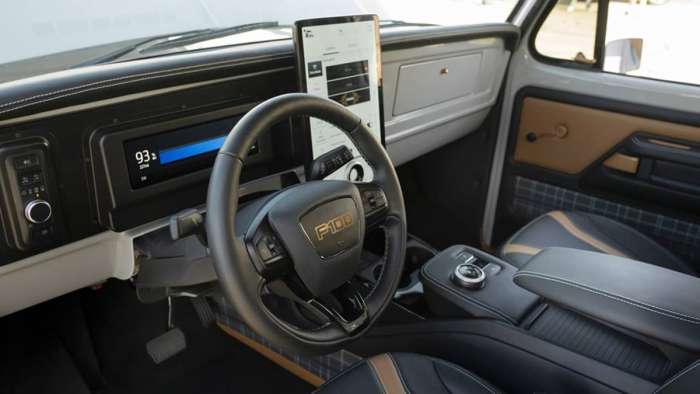 However, the interior is where things go in a decidedly more modern direction, with the cabin looking more like something you would see in a Mustang Mach-E versus what the F100 offered to buyers back in the day. A custom billet dashboard incorporates the instrument and infotainment screens from the Mustang Mach-E GT with that model's steering wheel and associated switchgear, also making the jump into the concept. The seats feature tan and black upholstery, but Ford stylists did add in some retro style plaid accents to help ensure that some elements of the F100's heritage remained intact.

Electrifying Performance Lurks Underneath The Skin

The show-stealer here is not the retro-themed suit of clothes but rather the performance hardware that lurks underneath. A custom chassis is home to the Mustang Mach-E GT's front and rear electric motors. Ford is not ready to talk about what kind of battery the truck is using but did confirm that the setup here produces 480 hp and 634 lb-ft of torque. While the company also chose not to release final performance figures, look for the extra juice to make this all-wheel-drive beast a swift pony off the line. 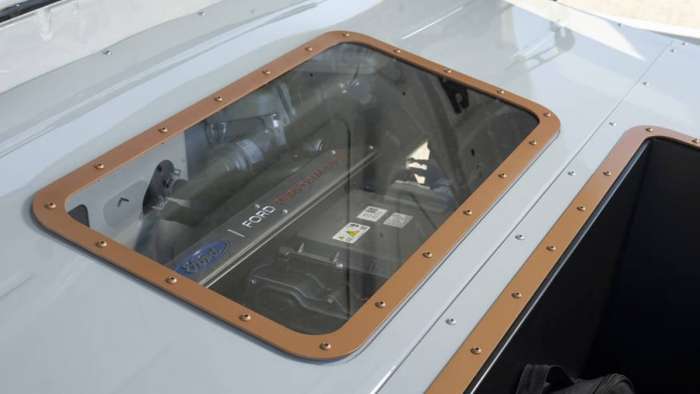 Buyers looking to replicate the truck to an extent will be pleased to hear that Ford Performance has some of the core parts in its catalog. While the fore-mentioned catalog does not have both of the GT's electric motors in it yet, Buyers can buy the Eluminator crate engine, which is based on that model's rear electric motor. When ordered this way, the futuristic mill produces 281 hp and 317 lb-ft of torque, with the engine having a price of $3,900.

They will have to get a bit more innovative when it comes to some of the inverters, controllers, and the batteries themselves. Still, Ford reps claim that those particular components will emerge in future updates to the Ford Performance catalog. Ford's push in this segment is an opening salvo in a broader EV war, and we look forward to seeing what GM and Stellantis do in response when it comes to making EV aftermarket components for their green machines.

LG's New EV Battery Plant Is a Welcome News for Tesla
Tesla Giga Berlin's New Hurdle: It's Not Only the Gov't, but Now Tesla Itself
END_OF_DOCUMENT_TOKEN_TO_BE_REPLACED