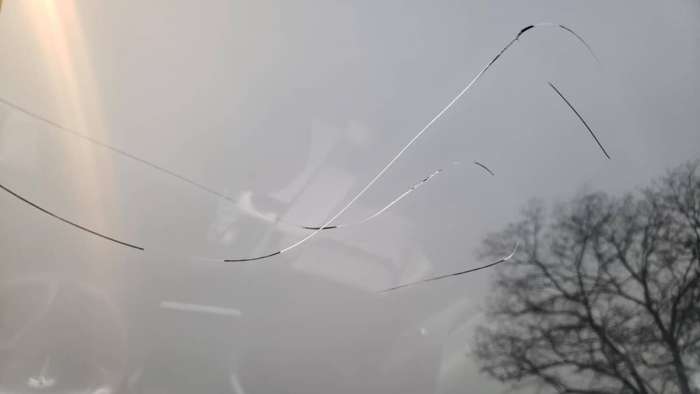 Social media is filled with frustrated electric vehicle owners dismayed that their glass roofs are breaking. Now Chevrolet will enter the fray with its own glass roof on the upcoming Silverado EV truck.
Advertisement

General Motors has announced that its upcoming Chevrolet Silverado electric pickup truck will be available with a fixed glass roof. Expect it to be part of an options package and included in top trims stocked by your local dealer.

Glass roofs are all the rage. Automakers are installing them on more and more vehicles, and electric vehicles without one are becoming rare. When utility vehicles started to sport the delicate glass roofs it raised eyebrows among testers and outdoors people who actually use the roof for utility to haul things like kayaks and bicycles. The roofs of which we speak are not moonroofs or sunroofs, both of which open to let in air and are relatively simple to fix if broken. Instead, these are fixed-on-place roofs that cover the entirety of the top of the cabin and don't open. Some (Tesla) also lack a sunshade.

GM says that the fixed pane of glass will offer "expansive visibility, increased headroom, and an enhanced experience of spaciousness for both front and rear passengers." Since pickup trucks already offer the most headroom of all vehicle types, this seems like bringing coal to Newcastle.

Every vehicle owner loves the idea of a see-through roof. However, in hot sunny climates, many owners pull the shade closed in order to keep the sun from glaring into their eyes and the cabin temperature from rising. In electric vehicles, cooling the cabin is a costly prospect since it reduces range.

When large panels of glass break in a vehicle, insurance companies and vehicle manufacturers sometimes point to one another as the responsible party for the repair. The cost to repair a broken roof on a vehicle such as a Tesla Model 3 costs approximately $1,300 - when the spare part is available. Owners of new vehicles with broken glass often point out that the aftermarket has yet to begin offering the new parts and automakers have yet to build spares inventory.

Chevrolet also confirmed today that the Silverado EV truck will have the novel Four-Wheel Steer system that the GM Hummer EV truck has been demonstrating to select media members.