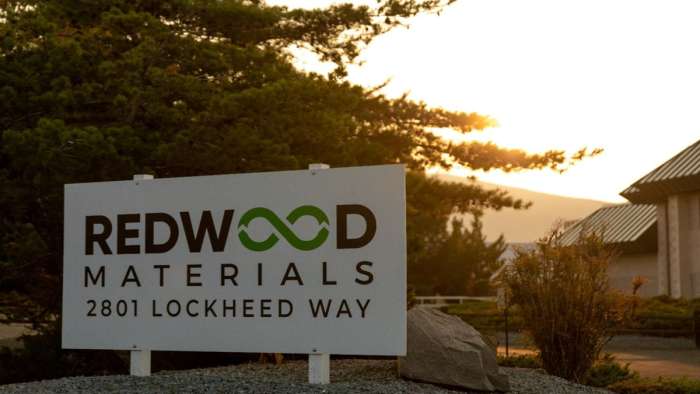 Ford's strong commitment to the EV market is unquestioned, but while models like the Mustang Mach-E and the 2022 F-150 Lightning are doing a good job of making consumers aware of the technology, the company is also beefing up its supply network with Ford revealing that it's investing $50 million into the upstart battery recycling firm Redwood Materials
Advertisement

Ford is out to reshape the way that consumers buy and own electric vehicles. But while the EVs themselves will play an essential role in Ford's attempts to compete with Tesla, having a stable supply chain of EV batteries and components will ultimately help create the lifeblood that keeps the rest of the operation going. Ford has made a strategic move in this regard, with the company investing $50 million into upstart firm Redwood Materials.

Redwood Materials is a company based in Nevada, with the young firm being founded by former Tesla executive JB Straubel. Unlike many firms that focus on battery assembly, Redwood's expertise is in recycling those components. Ford claims that the company can now recover up to 95% of the precious materials in old batteries. That includes elements such as nickel, cobalt, lithium, and copper. Lithium, in particular, will be a critical material moving forward, with demand for the material skyrocketing not only because of EVs but also other rechargeable technology like cellphone batteries which also place demands on the world's supply of lithium and other metals.

Ford claims that the benefits created by Redwood at this stage of the game will not only help reduce reliance on foreign sources but can also increase the number of materials available and even slash the price of battery production (a proverbial win-win scenario.) That's something that the company will look to leverage as an advantage in its war with EV rival Tesla

This latest investment comes on the heels of Ford's recently inked collaboration with Korean firm SK Innovation which will see the duo build two North American battery plants by 2025. Adding Redwood Materials into the mix will help enhance the number of batteries produced by these facilities, and the cost savings of using recycled material versus new virgin material will trickle down into those facilities. 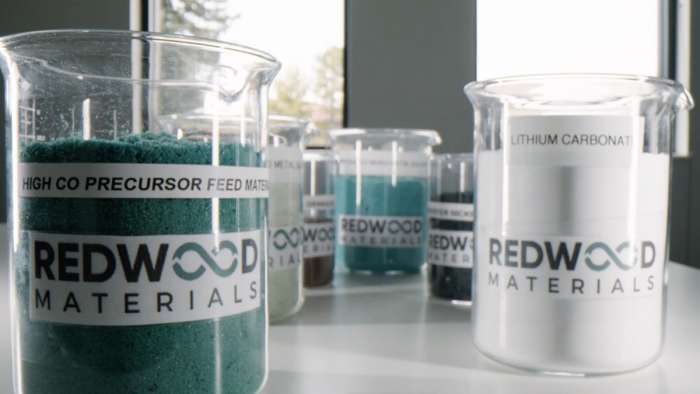 These three investments could help Ford meet its goals for EV sales, with the company stating in the past that it expects 40% of overall vehicle sales to come from EV vehicles by 2030. While models like the Mustang Mach-E and the 2022 F-150 Lightning will help raise consumer awareness about the technology, having a stable internal production structure that's cost-effective will ultimately be the key factor towards long term success in the EV sales race.