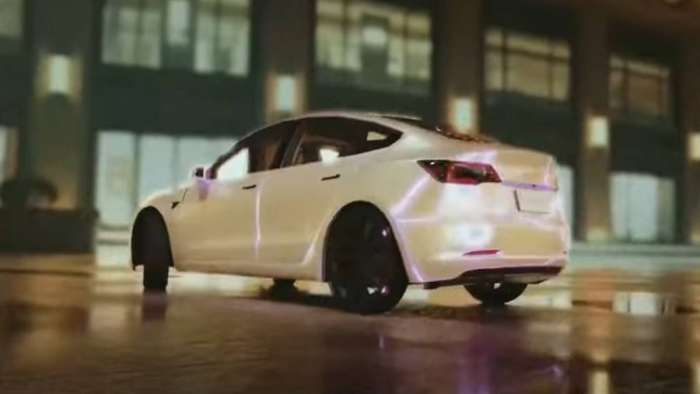 Tesla has a $26 trillion dollar opportunity with FSD and robotaxis, according to ARK Invest analysts. Is Tesla getting close to solving autonomous ride hailing? Let's find out!
Advertisement

According to ARK Invest, Tesla's FSD software and the creation of robotaxis is part of a $26 trillion dollar opportunity. How much of this market will Tesla be able to capture and are they close to having autonomous vehicles? Let's find out!

There is upgraded decision making with better unprotected left turns and better modeling of objects' response to ego's actions by adding more features that shape the go/no-go decision. In simple turns, the Tesla vehicle is getting better at predicting behavior of other cars and what they are going to do. A Tesla will also accelerate much faster where needed, just like a human.

Tesla also stated that they are reducing instances of attempting uncomfortable turns. This is another decision based update making the car more human like. Tesla is also greatly boosting recall and geometric accuracy of crossing lanes. They added 180,000 video clips to the training video set to improve this.

There are also a number of important notes beyond this in Tesla's latest FSD v10.12 update. Here they are:

- Improved the geometric accuracy of road edge and line predictions by adding a mixing/coupling layer with the generalized static obstacle network.

- Improved geometric accuracy and understanding of visibility by retraining the generalized static obstacle network with improved data form the autolabeler and by adding 30,000 more video clips.

- Improved recall of motorcycles, reduced velocity error of close-by pedestrians and bicyclists, and reduced heading error of pedestrians by adding new sim and autolabeled data to the training set.

- Improved precision of the "is parked" attribute on vehicles by adding 41,000 clips to the training set. Solved 48% of failure cases capture by our telemetry of 10.11.

- Improved detection recall of far-away crossing objects by regenerating the dataset with improved versions of the neural networks used in the autolabler which increased data quality.

- Improved offsetting behavior when maneuvering around cars with open doors.

These and more are shown in the FSD Beta v10.12 patch notes and things are continuing to improve. I think we have a good shot at having autonomous software better than the average human driver by the end of the year. I'm looking forward to people's videos showing FSD v10.12.

ARK Invest analysts also think that with autonomous ride hailing, the cost will go from 70 cents a mile for owning a car to as low as 25 cents per mile - due to the utilization rate being much higher, north of 50%, compared to a 5% rate for owners of a car. The cars will also be a lot safe and convenient, according to ARK Invest analysts.

Will Tesla's FSD software get better than an average human by the end of 2022? How much of the $26 trillion dollar opportunity will Tesla capture?