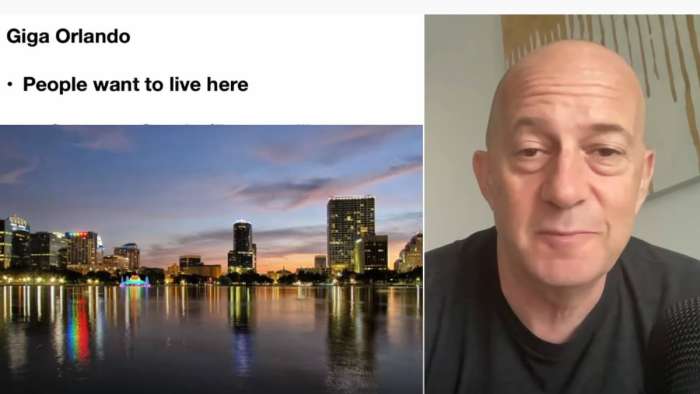 Is Tesla Planning a Giga Factory in Florida?

Tesla could be planning a giga factory in Orlando, Florida. Here's one person's opinion on why this is a good idea.
Advertisement

Is Tesla Planning a Giga Factory in Florida?

Elon Musk said that Tesla would most likely announce a new giga factory later in 2022. According to Warren Redlich, here's why a giga factory in Orlando, FL makes sense.

Elon Musk has talked about building giga factories in places that people want to be and doing so makes it easy to recruit employees who want to be there and will do a good job - because they already like where they are living. It's more difficult to get people to come to a location that they may not want to live in, in the first place.

There are Universities Nearby

Disney World and Universal Studios are Nearby

There are a lot of attractions in Orlando. Disney World is the biggest Disney attraction. When this is nearby, this is a place you go to regularly, especially if you live there. There are deals for Florida residents to get annual passes to go to Disney. Universal Studios is also there, providing an attraction for people.

SpaceX is Close By

Having SpaceX close by is a very good thing for building a giga factory in Florida. There is potential for things getting to work together and have a close knit working relationship. This is just very convenient for both companies.

There is No State Income Tax

There is a Pro-Business Government

There are a lot of business moving to Florida as the local governments are working to attract business. It's a business friendly state.

Florida is the 3rd Largest State

Florida is the 3rd largest state in the United States. California and Texas, the first two largest states already have factories. It makes a lot of sense to build a giga factory there. Florida also has a great super charger system.

It is 700 Miles Closer to NYC instead of Austin

Orlando, Florida is closer to bigger cities and New York, Orlando has the advantage of location to more prominent places. Orlando also has access to many ports for shipment. There is a lot of coast line.

What do you think about Tesla building a giga factory in Orlando, Florida? Does this makes sense to do?

For more information, see this video by Warren Redlich:

John Goreham wrote on September 20, 2022 - 10:55am Permalink
I've done a fair amount of business in the Orlando area. Excellent quality of life, good tax value for businesses and residents, and a huge brain trust with well-educated workers in the area. Not as far for ocean shipping vehicles and parts as Texas is. Seems like a slam dunk to me.

Tesla Contemplates A New Strategy for China Retail even As Sales Boom
Jay Leno on Elon Musk & EVs: “I Think He Should Get ... Credit"
END_OF_DOCUMENT_TOKEN_TO_BE_REPLACED