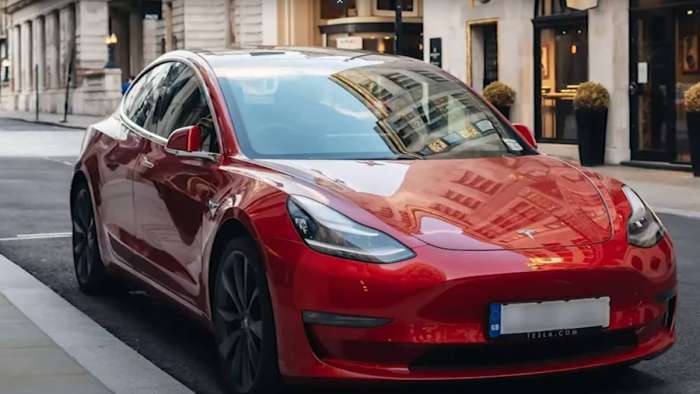 The Incredible Company That Is Tesla

The Incredible Company That Is Tesla

Tesla is an incredibly valuable and successful company. We have a new video from the Tesla Economist that goes over what makes Tesla so incredible. He actually sees Tesla as just a car company - for now. Let's see what he has to say about Tesla.

Tesla is the future and this isn't binary. That means Tesla will succeed, but there could be others that succeed as well. So far, Tesla has proven that they can reach a highly coveted car. Making a Tesla is such a difficult process and Tesla has very good margins that will continue to improve.

Tesla has many facets to it, but to keep it simple, let's call it a car company (for now). It's an EV company to put it even more specific. When you factor Tesla selling a decent number of units, the Price Earnings ratio starts to normalize. At 3 million units produced per year, you will start to see real economies of scale kick in.

There's a lot of other things that Tesla has in the works, but car sales still make up 95% and more of its profit and business. Let's go over what those other things are and how important they are to Tesla - and how much of Tesla they could make up in the future.

FSD and Other Things about Tesla

FSD, in a couple years, will start to have an impact on Tesla. It could add an extra 5% on operating margin at an adoption rate of about 33%. If the adoption rate gets higher, it will do a lot more for the company, especially with a subscription model.

The energy side of the business isn't that impactful. It will probably be at least 4 or 5 years before energy starts to impact the stock price of Tesla. There is too much constraint on batteries - especially LFP batteries for Tesla.

Robotaxis will eventually come, but not for a while. Once robotaxis get going and start flooding the roads, the numbers will get nutty. That could take Tesla from a $2,000 stock price to a $20,000 stock price. Tesla has had many doubters when it comes to its ambitious projects. This is a lottery ticket type of investment.

If Tesla can continue to ramp up their vehicle sales, then all that needs to happen is for the software to become good enough and pass all regulations. Tesla likely will continue to sell every vehicle for a long time - demand is very high.

Tesla has a supply problem, with products that are loved by everyone. They make outstanding products. In order for Tesla to satisfy demand, they just have to ramp production. There are new factories, but they are constrained by battery cells. Tesla is working on a battery cell factory. Once this is up and running, Tesla will be a power house, solving the battery constraint problem.

4680 batteries are nice, but I don't see them being the ground breaking technology that takes Tesla to the finish line. It will be just producing loads of batteries - including LFP batteries. Tesla is still a solid investment.

What do you think of this assessment from The Tesla Economist? Is he right in his assessment of Tesla as a company? Will FSD and robotaxis end up working out?