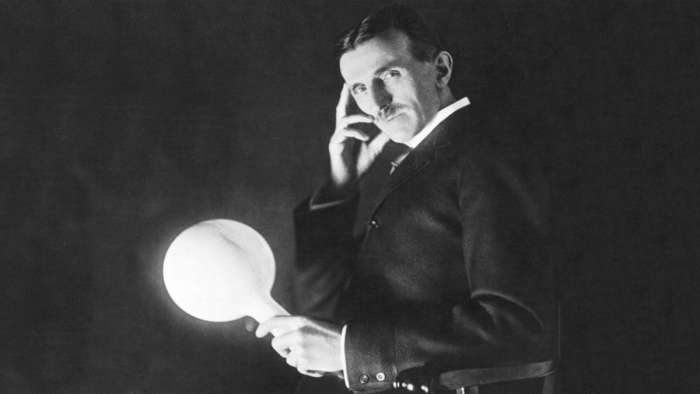 How To Get Noticed By Tesla Hiring

Elon Musk recently talked about how Tesla may not have hired even Nikola Tesla, were he alive today and applying for a job at Tesla. Tesla has a reputation for being a difficult place to get noticed and get a job at. I'll explain why this is and what one can do to increase their chances of getting noticed and landing a job at Tesla.
Advertisement

Sorry if we’ve been too dumb to respond to you. Please cite evidence of exceptional ability in a few bullet points. Nothing else matters.

Not Even Nikola Tesla Could Get Hired At Tesla

Elon Musk's comment about Nikola Tesla not getting hired at Tesla at the latest shareholder meeting has more layers of meaning than just the surface. On the surface, he means that Nikola Tesla may not have had the skills to get noticed or do an interview well to get a job, even if he had the talent.

But beyond that, I think it means more than that. It means that Elon Musk is saying that it takes someone exceptional in all areas to get hired by Tesla. One would have to be an excellent communicator, marketer, team worker, technically skilled, and a constant innovator.

Most people can't do all those things. I know for a fact, that even with a background in software engineering, were I to apply to Tesla today, that I would not get noticed. It's not that I can't get the job done. It's that Tesla and Elon Musk are looking for a very specific set of qualities and demonstration of exceptional ability and most people aren't going to make the cut - and that includes me.

How to Get Noticed by Tesla

But I wouldn't just contact someone at Tesla on LinkedIn or posting an online resume. I don't think that's good enough. Because you'd have to hit a bullseye with the right wording and images to get noticed. I think it could be done, but I think most resumes and people get glossed over. I wouldn't do a normal resume to get noticed by Tesla.

Were I to do a resume, I would have the very first page of the resume be a picture of the awesome thing I've created and just a few words describing it. Then the next page would be a sentence of why I want to work at Tesla and the three characteristics that describe my exceptional ability in the skills Tesla needs. I'd then link to YouTube videos of my projects. That would be it.

An Example of Getting Noticed By Tesla

Let's say that I've been studying the field of artificial intelligence, neural networks, machine learning, and I want to work at Tesla. Well, in order to work at Tesla, you have to show your mastery in these areas and your amazing creations using them.

You would need to create a deep neural net and train it. I think the best way to do this would be a video game - either one you created, or one that already exists. Create an AI that learns over time and becomes a master at the video game. Or create an AI that is an expert at recognizing videos frame by frame, in real time, and judging distances.

It's not enough to say, "I made this robot, look at me." Show more than that. Show the robot walking, jumping, talking, grabbing a spoon, being gentle with soft and fragile objects, and more assertive with hard objects. Demonstrate each of these in short and interesting video clips. That's what you would need to do to get hired by Tesla.

Getting hired at Tesla, especially for their AI team, or as a software engineer/technical position would be very difficult. You would have to basically be a master that is already creating amazing things far above and beyond anyone else to join the Tesla team. Otherwise, you'll blend in with the crowd.

This guy on YouTube is an example of someone that Tesla might notice. He's created neural networks to play Doodle Jump, Snake, and Tetris:

What do you think about getting hired on at Tesla? Is it a difficult thing to do? Have you ever tried to get hired at Tesla?