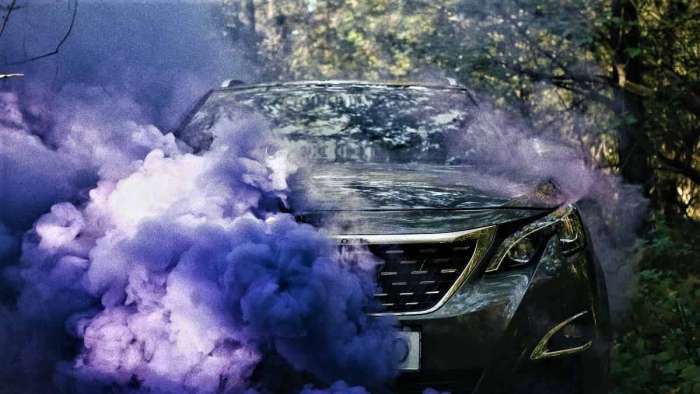 Why You Should Not Buy an EV Today

Contrary to what you might be led to believe, buying an electric vehicle today does not make sense on multiple fronts for the reasons given by the EV industry and social media. Here’s what one mechanic has to say about gas prices, EV snake oil, and the EV trend we are seeing today that explains why you should not jump on the EV bandwagon just yet.
Advertisement

If you have followed any of the social media interest groups involving electric vehicles, you will find Tesla supporters are arguably the most passionate. Granted, Tesla does make a remarkable car and is the first truly innovative and serious attempt to introduce EVs on a largescale to the public.

What makes pro-Tesla tweets interesting, however, is that many pro responses about Tesla appear to stress the “Green” factor as their over-riding reason why they like Tesla so much.

Related article: Cybertruck Type EVs That Are Likely Worse for the Environment Than Most ICE Vehicles

But is Tesla…or any other EV makers…really “Green”? Or is the hype really a smokeless smokescreen for swaying public opinion?

What motivated this piece was an excellent one written by Torque News writer Tensae Aregay titled “Tesla CEO Elon Musk Calls to End the War on Plastic Straws.”

In the article he writes that “…Musk explained his criticism of the war against plastic straws as part of his larger critique of current societal norms writing ‘the straw war is emblematic of larger social issues’…And nothing epitomizes preoccupation with seeming good than raging against plastic straws while at the same time ignoring more fundamental pollution sources throughout society.”

The irony of Musk’s stand on paper straws and a call for more critical thinking about “…larger social issues” is priceless.

So, are we looking at yet another smokescreen to cover a smokeless smokescreen?

Sometimes it helps to listen to someone on the other side of the EV spectrum to offer a little clarity on what some of the issues are (or might be) that EV shoppers need to be aware about. In this instance, who better than the voice of Scotty Kilmer.

Are EVs really “Green” or is it just misleading hype? Does it really result in reduced fossil fuel emissions? How long will it take you to see a savings return regarding fuel costs by switching to an electric vehicle? These questions and more are answered by Scotty Kilmer as he discusses the BS factor behind the development and incorrect reasons of why car buyers are motivated to buy an electric vehicle as their next new car.

In this Video Scotty Covers:

• How big the EV market will become in the next few years?
• How much more an EV actually costs you today compared to a non-electric vehicle?
• What is the real environmental advantage of an EV?
• Why the environmental impact of an EV is worse than that of building an ICE vehicle?
• How EVs contribute to increased child labor and human rights violations.
• Why EV batteries are dependent on increase fossil fuel usage.
• Why Tesla and Lucid vehicles look so much alike.
• Will EVs really impact oil production and prices?

The Value of the Video

Here’s the video in its entirety that is well worth watching---whether you are pro EV or not---that clarifies some of the inaccuracies of what many people believe about EVs today. The value of the video is that it touches on some critical thinking that all car owners should consider before deciding on buying an electric vehicle.

If You're Worried About Rising Gas Prices, Watch This

While Scotty does make some valid points about why you should not buy an EV today, it should not be taken literally and forever that you should not buy one in the future. EV technology is still in its early phases. And it will get better as the manufacturing of EVs will improve to where they will truly eventually qualify as a green solution in the automotive world and not just a marketing smokescreen.

For additional articles about Electric Vehicles, here are a few selected ones to choose from:

• Turns Out Tesla Owners Technically Do Not Own Their Cars

• The Most Common Maintenance Issues of Electric Vehicles

COMING UP NEXT: CarFax Caveat All Car Shoppers Should Know

Edo Hur wrote on May 16, 2022 - 4:41pm Permalink
Who pays attention to what this guy (S. Kilmer) has to say about anything? I thought torquenews was serious and its sources were trustworthy and reliable. This is the last article I will ever read in this website. My goodness! Scotty Kilmer! Really?!
jg wrote on May 16, 2022 - 6:38pm Permalink
Ha, I knew before I even opened the story it was going to be a repurposed Scotty Kilmer video. Scotty is hilarious to watch in a Debbie-Downer meets overly enthusiastic Kristen Wiig sort of way.
Paul wrote on May 18, 2022 - 1:30am Permalink
I believe everything in that video is true but I bought my PHEV and that’s the only type of car I will buy in the future. Rapid acceleration, excellent handling, limited trips to the gas station, less maintenance and no range anxiety