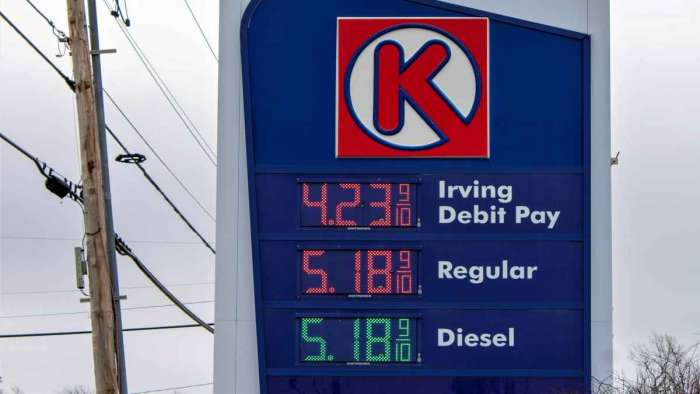 Here’s the latest listing of 5-year-old used hybrids and hatchbacks Consumer Reports analysts recommended as great options when looking for a used car that has the best fuel economy.
Advertisement

Just because a car has a few years on it, that doesn’t always mean that its fuel economy has taken a nosedive---especially when a vehicle has been properly maintained by its owner with regular maintenance with oil changes as the most important factor.

In fact, many models even after 5 years of use will often get as far on a gallon of gas as they did when bought brand new. And that means a lot today when it comes to today’s fuel prices and the difficulties in finding a used car at a reasonable price.

That said, doesn’t it make sense to look for used vehicles that are lighter, smaller, and with enough space to fit your daily driving needs?! That is the message of a recent Consumer Reports analysis that focuses on those cars that are “…designed and built recently enough that its performance in our tests is on a par with brand-new cars—especially fuel economy.”

The following is a summary of their assembled list of the most fuel-efficient 5-year-old hybrid sedans and hatchbacks that are still are new enough to provide many of the modern convenience and entertainment features enjoyed in newer model…but at a lower price.

1. 2017 Toyota Prius Prime
Price Range: $24,325 - $28,075
Owner Reported MPG: 70 mpg
Fuel Efficiency Notes: The Prime is a plug-in Prius that can usually achieve about 23 miles on electricity only. Running on alternating gas and electric mode you can expect 50 mog overall.

3. 2017 Hyundai Ioniq
Price Range: $17,050 - $20,275
Owner Reported MPG: 51 mpg
Fuel Efficiency Notes: The Ioniq ties with the more expensive Prius at 52 mpg; however, CR analysts note that the “…trade-off for getting such good fuel economy is that the Ioniq of the era had very long braking distances.”

9. 2017 Ford Fusion
Price Range: $16,600 - $22,975
Owner Reported MPG: 25 mpg
Fuel Efficiency Notes: A nice sedan that costs half as much as similar models, CR analysts found this one provides “…an excellent 39 mpg overall in our tests of the 188-hp, 2.0-liter four-cylinder hybrid and 41 mpg on the highway. The car can also run just on electric power at speeds up to 75 mph, though it’s tricky to keep up highway speeds without the engine kicking in.”

12. 2017 Lexus ES
Price Range: $27,650 - $28,325
Owner Reported MPG: 24 mpg
Fuel Efficiency Notes: Rated by CR analysts as a “a less satisfying upscale sedan” it does provide excellent 36 mpg overall and 44 on the highway with the benefit of a historically dependable engine.

For additional articles about vehicle choices and fuel economy, here are a few for your consideration:

• Economy Cars to Avoid that are Actually Gas Guzzlers

COMING UP NEXT: Consumer Reports Best Midsized SUVs Under $35,000 That Come Standard with Active Safety Systems

Andries wrote on July 22, 2022 - 12:13pm Permalink
Thank you very much. For your good information. Because I live in Europe, I cann't become member of Consumer Reports. You have a newsletter?
Timothy Boyer wrote on July 22, 2022 - 5:08pm Permalink
You are welcome. Yes, it is a subscription service. Not sure if they have outside U.S. service or not. I know when I lived in Asia, U.S. subscriptions to some stuff either were not allowed or were very pricey.

Tesla Contemplates A New Strategy for China Retail even As Sales Boom
Jay Leno on Elon Musk & EVs: “I Think He Should Get ... Credit"
END_OF_DOCUMENT_TOKEN_TO_BE_REPLACED