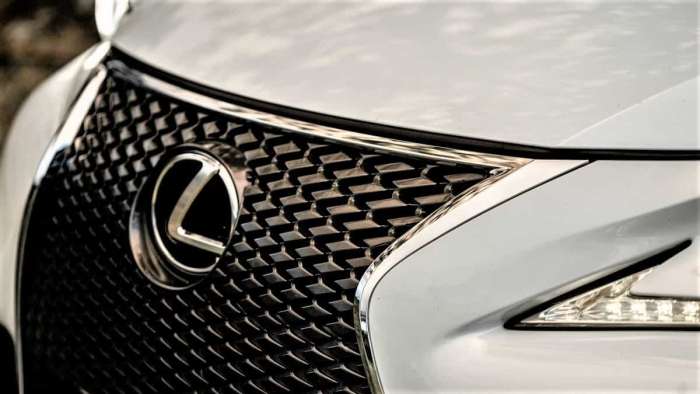 Should You Buy the Cheapest Lexus of 2022?

Is the cheapest Lexus still a “LEXUS”? Here is the answer to some important questions revealed by a Toyota mechanic who knows the ins and outs of Lexus vehicles for car shoppers wanting a Lexus at an affordable price but need to know what to expect in terms of Lexus quality, driving performance and reliability from this lowest priced model.
Advertisement

There’s no doubt that Lexus manufacturing has earned some well-deserved respect for their models that experts admit are more than just glorified Toyotas. Their handling, performance and attention to luxury details make the Lexus a step above most Toyota models, but still carries the DNA of its Toyota origins where it counts the most in reliability and ease of repair. However, as can be expected, Lexus parts and labor make a big difference in maintenance costs in comparison to its less expensive founding car maker.

Related article: Everything You Need to Know About Saving Money Buying Toyota and Lexus Parts

And while Lexus is a sought-after make for many car owners and future Lexus owners, affordability can be a car budget issue begging the question “If I buy the cheapest Lexus model available this year, will it still look, feel, and last like the Lexus brand…or, will it be something less?”

Not All Reviews of the Lexus UX are Favorable

The question of how Lexus’s least expensive model compares to its more expensive siblings is a legitimate question. However, not all reviews have been as exceptionally favorable of the UX as they have been of the higher trim models. In fact, a past Consumer Reports review of the UX paints a mediocre color for owners picturing themselves inside the Lexus UX.

Here is a short video where CR analysts take a quick look at what the UX is like and offers car owners:

A More In-Depth Review of the Lexus UX

To have a more-accurate impression and understanding of what you will get with a 2022 Lexus UX, a recent review by an experienced Toyota and Lexus mechanic posted on the CarCareNut YouTube channel takes viewers into the details of the UX that covers:

• Its unusual body styling that is not only stylish but turns out to be based on functionality.
• Believe it not…Tail Fins!
• Rear storage space that is Prius-like.
• An interior that for an entry-level model nearly matches the interior of an LS model.
• A dash touch screen that’s actually a touch pad---a deal breaker for some owners.
• Rear seat leg room that’s like the worst small seater plane you’ve ever flown in.
• A choice between a hybrid and non-hybrid engine.
• A noise suppressing engine cover and insulated interior hood.
• Some engines come with a separate transmission cooling system.
• Overall opinion: “There was no compromise in making the entry level mode” states the host mechanic.

For more detailed information about the review and the host mechanic’s opinion of its good and not-so-good points, here is the video that is well worth watching in its entirety:

Should you Buy a Lexus UX? Cheapest New Lexus Model?

For additional articles about Lexus, here are two worth considering:

COMING UP NEXT: Six Vehicles with Fatal Engines or Transmissions to Avoid