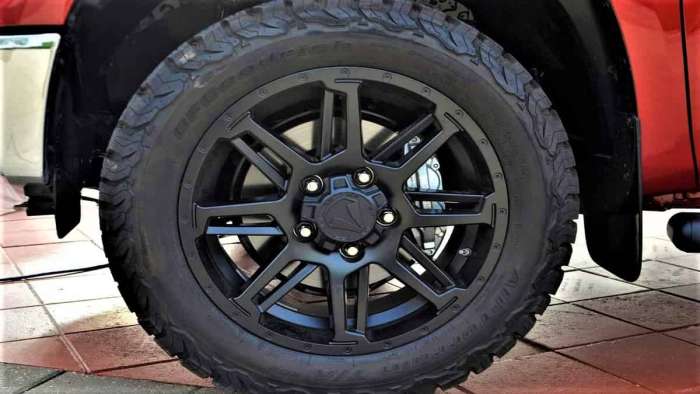 Should You Buy a 2022 Toyota Tundra? Here’s a 2nd Opinion on This Hot Topic

In one recent review, the V6 engine change in the Toyota Tundra was blasted for not providing truck customers with the traditional V8 engine owners look for in a big truck that can handle a big payload. Here’s a 2nd opinion by a Toyota mechanic who walks viewers through his thoughts during an inspection of the new Tundra with an ownership perspective that could change minds.
Advertisement

What prompted this latest review-related piece about the 2022 Toyota Tundra were comments from last week by the Scotty Kilmer YouTube channel where Scotty bemoans what he considers to be a big mistake Toyota made by putting V6 engines into the Tundra when he feels that Toyota customers really buy it for its V8 performance.

But is Scotty correct in his assessment of the Tundra and its fit for today’s Toyota truck customers?

Maybe not. Not all truck owners are solely focused on just power, but also put emphasis on looks and functionality as well, not to mention additional modern features. Furthermore, it is possible that the response to the change has been overblown---which is not uncommon when a popular vehicle is redesigned.

In the video, the Car Care Nut will go over the:

For additional articles about turbocharged vehicles, here is an informative one to consider “Best Four-Cylinder SUVs With Turbo in 2021.”

COMING UP NEXT: When It’s Time to Take Your Parent’s Car Keys