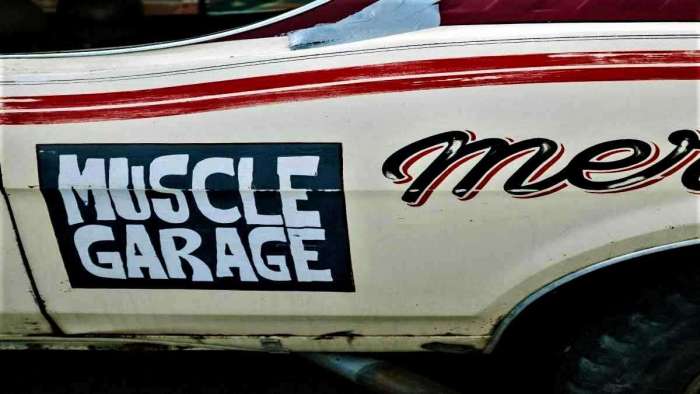 A classic chevy rebuild returns to the garage all because of a common $20 automotive part that led to the destruction of an otherwise fine engine that serves as a good reminder when doing engine work or having engine work done.
Advertisement

Back to the Garage…on a Tow Truck

One of the shared problems that both car mechanics and car owners never want is winding up with a vehicle being returned to the garage via a tow truck soon after the repair or service. These are what I like to call the “What the Hell?!” moments in life where both parties are sure the other did something wrong that led to the returned vehicle.

Related article: A Dealership Horror Story That Could Happen to You

Usually, it’s one or the other at fault in some way. However, there are times when it is neither and it takes some detective work to figure out what went wrong.

Related article: Blown Turbo at Only 60,000 Miles on This Chevy. What Happened?

For example, in a recent Nick’s Garage YouTube channel episode, the host is facing a mystery where a classic 1966 Impala with a 327 Chevy engine he had rebuilt---with dyno testing afterward---returned to his garage with an obviously heat-damaged engine.

What remains unclear is the history of exactly when the engine began to overheat? Why didn’t the owner notice the coolant light warning (no gauge in this vehicle) or notice the signs and symptoms of a seriously overheating engine before it reached temperatures high enough to burn paint off the block and discolor the cylinder walls to a blue sheen of death indicating severe heat exposure and metal damage.

What is clear, however, is that something went wrong and it required some detective work to ascertain what caused the actual failure of an engine to cool itself properly while being driven only 200 miles following a rebuild.

The job of a thermostat is to control the flow of coolant between the engine and the radiator and thus is located between the two. When an engine is cold, the thermostat is closed so that the engine has time to heat up the coolant surrounding the block and assist the engine in reaching an optimum operating temp as quickly as possible.

Once the coolant in the block reaches a particular temperature, a wax component within the thermostat melts and actuates a small piston and valve assembly, which then allows coolant to flow freely between the radiator and the engine so as to prevent the engine from overheating.

Signs and Symptoms of Overheating

One of the first signs of an engine beginning to overhear is indicated by either a temperature gauge on the dash and/or a warning light either of the analog or digital type.

However, should you fail to notice the dash indicator, you can expect to detect any or all of the following:

• Steam rising from under the hood due to superheated coolant trying to escape and /or coolant leakage.

• A thumping noise from the engine caused by cooler coolant coming in contact with superheated coolant.

• Distinctive burning smells from engine paint, plastic and rubber parts, as well as oil on the block that all are being baked from the heat.

How Long does Overheating Damage Take?

Typically, after just a few minutes of seeing the warning light or temp gauge needle climb into the red zone, most engines will fail following momentary rough running, knocking and misfiring that should shake you enough to get your attention before the engine stalls to a halt. However, even under one minute of overheating, you can expect some damage to occur that will shorten the life of your engine.

The Lesson Learned---Sometimes it’s neither the vehicle owner or the mechanic’s fault but is more about the quality of parts that unfortunately are becoming less reliable these days. In any case, it pays to keep a cooler head and try to determine what the cause(s) are/were before playing the finger pointing game in which no one wins.

For additional articles about the importance of parts in auto repair and maintenance, here are a few selected informational pieces for your consideration:

• Don't Buy Aftermarket Parts for Your Toyota Warns This Mechanic

COMING UP NEXT: Economy Cars to Avoid that are Actually Gas Guzzlers

D H wrote on June 25, 2022 - 6:52pm Permalink
Let me start by saying I live in FL & our temps rarely drop to freezing. This is why I take a 1/4 drill bit & drill at least 4 (more if it's big enough) holes in the new thermostat flange. It only takes a couple of minutes longer to warm up but it's security for BOB (Bad Outta the Box) parts.