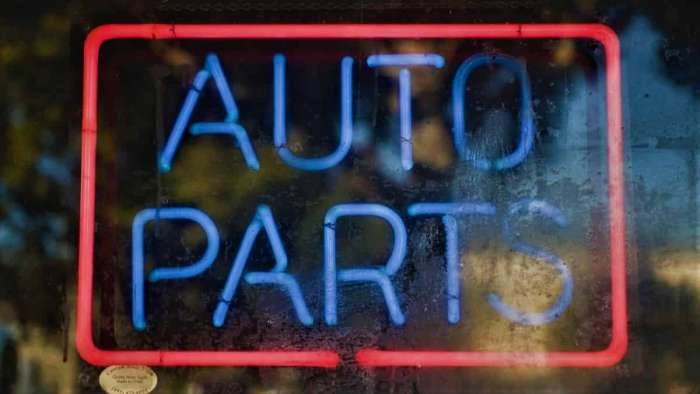 Don't Buy Aftermarket Parts for Your Toyota Warns This Mechanic

Find out why this Toyota mechanic will no longer bother using aftermarket parts for his customers’ repairs and what it means to you.
Advertisement

The Benefits of Buying Aftermarket Parts

Aftermarket auto parts can save you as much as 75% of the cost of an OEM (Original Equipment Manufacturer) auto part. And it is not just the potential savings in cost of buying the part that is beneficial, it is also a matter of the fact that often an aftermarket part is much more easily available immediately than many OEM parts.

But are these good enough reasons to buy a cheaper non-OEM over a more expensive OEM part that you might have to wait on?

Weighing the Costs of a Repair

Weighing the costs of a repair is a multifactorial problem: What is the difference in cost between an OEM and a non-OEM replacement part? How much labor is needed to remove the old part and install a new part? Is the repair an immediate need or can it wait? Will a non-OEM part void your vehicle warranty? Should you be proactive about repairs and consider parts hoarding? What are your plans for the vehicle---are you repairing it for yourself, or just trying to get it running at least long enough to sell? What direction does your moral compass point when it comes to cars?

Related article: Why Car Maintenance and Repair is So High Today, Says This Mechanic

In a recent Toyota Maintenance YouTube channel video, the host presents viewers with a 2004 Toyota Matrix with idling problems that developed after sitting for a prolonged period. An engine scan tool analysis revealed that the problem was an Idle Air Control System code P0505 that caused the engine to run rough.

Because the labor for the repair is relatively light, the sensible repair is just to replace the source of the problem with a new part. However, an OEM replacement part costs $400 and the owner would have to wait until one became available, while an aftermarket part was available immediately at only ¼ the cost.

Related article: Everything You Need to Know About Saving Money Buying Toyota and Lexus Parts

Because this particular part is not normally a repairable part, the host decided to go with the aftermarket part to save the customer money and so that they could have the car back promptly. However, this proved to be problematical as the aftermarket part turned out not to solve the problem and led to not just money wasted on a non-functioning part, but also labor time wasted on a repair.

Here's the video about the situation that is a good example of why some mechanics avoid aftermarket parts, and why those who don’t could delay your vehicle repair and eventually cost you more for repairs than necessary.

Peter should be given credit for doing what most mechanics would not---taking the time to try to repair a faulty part. In most cases, it is a waste of time, not cost effective, and not likely to work well enough to justify the efforts.

However, his example of what can and does go wrong serves as a good lesson on multiple counts:

1. Non-OEM parts are not always an exact match of the original.

3. You need to weigh the costs and benefits of every repair. While some parts you definitely want to stay OEM, there are non-OEM cases that are okay such brake pads.

4. Just because a used car prepurchase inspection does not show a check engine light warning right away, a hidden problem could show up after buying and driving down the road shortly after. In other words, beware of “As-Is” ads that take advantage of clearing the check engine codes just before selling.

For additional articles about car repair and problems, here are some selected articles for your consideration: