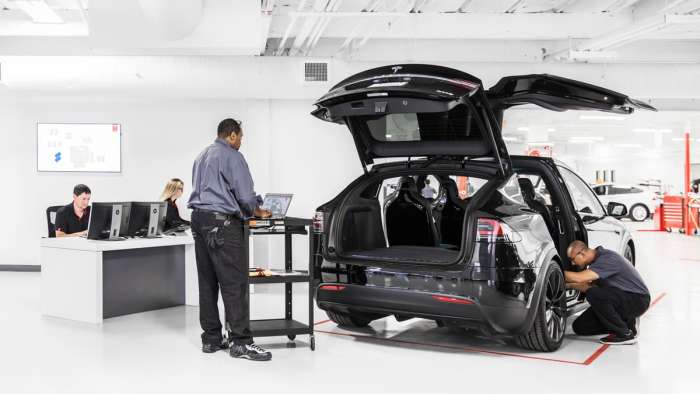 Tesla Authorizes A Third Party To Repair its Cars

Tesla has authorized a third party called Unplugged Performance to do routine maintenance on its electric vehicles. This move may benefit Tesla owners the most.
Advertisement

Unplugged Performance fancies themselves as the "global leader in Tesla upgrades". They can do modifications on every Tesla model. For example, they can upgrade a Tesla’s performance, put some cool new rims on the car, and put some racing seats in the interior. The options for rims and brake calipers can give a Tesla a sleek appearance.

Unplugged Performance is excited about this opportunity

Unplugged Performance is excited that they can now do routine service on all aspects of Tesla vehicles. They expressed appreciation for their ongoing relationship for Tesla as well as the opportunity to be able to do the full scope of maintenance on Tesla’s cars.

How the cars will be dealt with going forward

Unplugged Performance announced that all Tesla vehicles that they receive will go into service mode as soon as they enter the shop.

Why this benefits Tesla owners

What would be interesting to know

It would be nice to hear from Tesla as to what made them want to let Unplugged Performance do service on their cars. There are a lot of different companies out there that will modify a car, but it is a rarity to see a car mod company be given full discretion over servicing cars for a given manufacturer. Another important question is what exactly Tesla is getting from this deal. Tesla has had an 8 year long relationship with Unplugged Performance so it would be interesting to know why they made a deal now.

Tesla and other EV manufacturers are changing the game

Tesla has changed the game in lots of ways. However, Tesla is going to make a lot of people upset about this deal they’ve made with Unplugged Performance. Tesla does have their own service centers, but there are some body shops that will service a Tesla. Those body shops may lose the revenue they would otherwise get from Tesla owners.