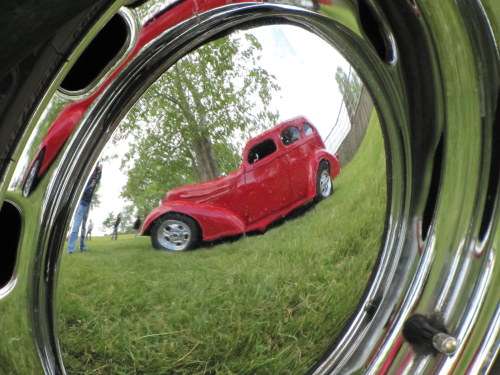 CNBC has ranked all 50 states for business in ten categories, based on criteria used by the states to self promote. Michigan, for example, the home of the automotive Big 3 as well as technical centers for Toyota, Hyundai and many auto suppliers, ranked 34.
Advertisement

Note a major difference between North Carolina vs. South Carolina; and note the union vs. non-union states.

CNBC scored all 50 states on 43 measures of competitiveness developed with input from business groups including the National Association of Manufacturers and the Council on Competitiveness. States received points based on their rankings in each metric.

The metrics were then segregated into ten broad categories, weighting the categories based on how frequently they are cited in state economic development marketing materials. In this manner, the study ranks the states based on the criteria they use to sell themselves to business and the public.

Although the ten criteria categories were clearly defined in the CNBC studies, they should also have been ranked according to importance. That, in this reporter's mind, is the missing dimension. If it's reflected, it's unclear or buried inside. In addition, union vs. non-union wages seems missing. Still, categories include the following:

- Cost of Doing Business: Regardless of industry, this is a major consideration when a company chooses a state. This includes the tax burden, like individual income and property taxes, as well as business taxes. Utility costs can add up to a huge expense for business as well, which vary widely by state. Next comes the cost of wages, as well as rental costs for office and industrial space.

- Workforce: Many states point with great pride to the quality and availability of their workers, as well as government-sponsored programs to train them. We rated states based on the education level of their workforce, as well as the numbers of available workers. We also considered union membership. While organized labor contends that a union workforce is a quality workforce, that argument, more often than not, doesn’t resonate with business. We also looked at the relative success of each state’s worker training programs in placing their participants in jobs.

- Quality of Life: The best places to do business are also the best places to live. Companies like offering their employees a great place to raise a family. CNBC thus scored the states on several factors, including local attractions, the crime rate, health care, as well as air and water quality.

- Economy: A solid economy is definitely good for business, but so is a diverse economy, with access to the biggest players in a variety of industries. Looking at basic indicators of economic health and growth, CNBC for the first time measured each state’s fiscal health by looking at projected budget gaps (or surpluses) for the coming fiscal year. They also gave credit to states based on the number of major corporations located there.

- Technology and Innovation: Succeeding in the new economy especially takes innovation, the life blood of the automotive industry. The top states not only prize business innovation, the nurture of new ideas, and but the infrastructure to support them. CNBC especially evaluated the states on their support for innovation, the number of patents issued to their residents, and the deployment of broadband services. Federal health and science research grants were also part of the measure.

- Education: Education and business go hand in hand, as when General Motors used Michigan Tech for its DE (Designer/Engineer) training program.. Fact is, companies want to draw from an educated pool of workers, as well as offering their employees a great place to raise a family. Higher education institutions offer companies a source to recruit new talent, as well as a partner in research and development. We looked at traditional measures of K-12 education including test scores, class size and spending. We also considered the number of higher education institutions in each state.

- Business Friendliness: Regulation and litigation will kill a business environment for sure. Although each is inevitable, CNBC graded the states on the perceived “friendliness” of their legal and regulatory frameworks to business.

- Access to Capital: Venture capital flows to some states more than others, despite the fact the world has grown smaller; meaning, business can be transacted anywhere. Still, companies use the same rationale as the 19th Century bank robber, Willie Sutton, who responded to the question as to why he robbed banks, with the words, “Because that’s where the money is.”

Frankly, I was shocked the one criteria that highly affects the cost of manufacturing, union wages, was not included. That is why the state of Washington may lose aircraft workers to other states, to get away from overly-rigid collective bargaining.

It’s not only the cost of unionized manufacturing, but the expensive benefits of state employees who actually work for the tax payers but receive retirement and health benefits beyond average workers in the state..

Special thanks to John Bunnell for sending me the link and making me aware of the CNBC study. Source: http://www.cnbc.com/id/41666602