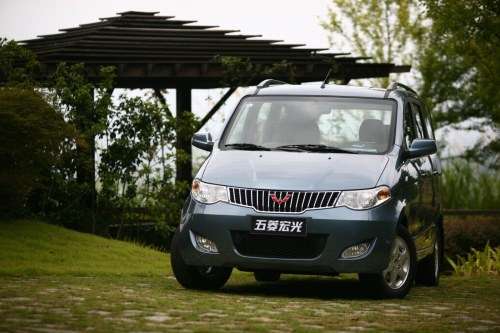 General Motors reported from Shanghai that it had a record sales month in China for January, 2011.
Advertisement

According the breaking news release via media.gm.com, General Motors (NYSE: GM) and its joint ventures sold 268,071 vehicles in the domestic market in January. This represented an increase of 22.3 percent from the first month of last year and topped GM’s previous monthly sales record of 230,038 vehicles set in March 2010.

For the record, GM’s largest national market is China. In 2010, for example, GM and its joint ventures sold 2,351,610 vehicles in China, making it the sales leader among global automakers in China for six consecutive years.

On a model breakdown, the news release revealed the following:

Buick sales in China totaled 70,441 units, growing 50.3 percent on an annual basis. Demand for the Excelle lower-medium passenger car lineup was up 92.7 percent from January 2010, reaching an all-time high of 44,492 units.

Chevrolet sales in China rose 36.9 percent from January 2010 to 67,711 units. It was led by the continued strong performance of the Cruze lower-medium sedan, which had sales of 24,225 units, and the New Sail small car family, which began its second year on the market with record monthly sales of 16,429 vehicles.

Cadillac sales were up 194.2 percent year on year to 2,530 units. It benefited from the strong performance of the SRX luxury utility vehicle, which accounted for more than 60 percent of Cadillac demand in the first month of the year.

Wuling sales, which increased nearly 10 percent on an annual basis to 123,920 units in January, were once again driven by the Sunshine minivan – China’s best-selling vehicle for eight consecutive years – and the Rong Guang minivan. SAIC-GM-Wuling sold 66,330 Sunshines and 38,057 Rong Guangs.