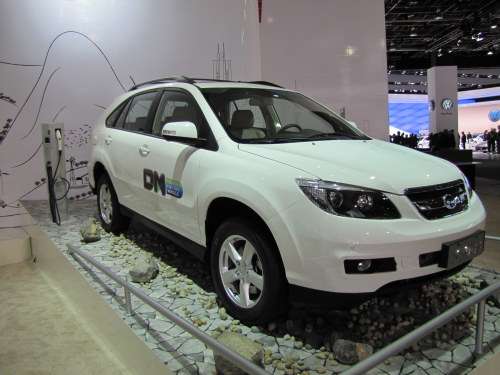 China sends clear message it will protect its own car manufacturers

You may have missed it. China’s Development and Reform Commission released a draft of guidelines last month for foreign investments into the Chinese market that limits foreign capital to 50% of any investment in certain electric vehicle component technologies.
Advertisement

According to Lux Research, an independent research and advisory firm providing strategic advice and ongoing intelligence for emerging technologies, that’s not all American automakers and manufacturers need to worry about. The group says China is especially moving to keep its EV value chain inside its borders.

In case you doubt this, be apprised the draft especially defines key components, like high-energy-density batteries (over 110 Wh/kg and 2,000 cycles), cathode materials (capacity greater than 150 mAh/g, with over 2,000 cycles before 80% capacity), and battery separators (thickness from 15 to 40 microns with 40% to 60% porosity).

Can you write, Chinese copy? How about just plain stealing American and foreign technology?

And if you still doubt this, the draft also covers battery management, motors, fuel cells, and power electronics, as well as other technologies used in internal-combustion-engine (ICE)-powered vehicles, such as electric power steering and start-stop systems.

Point is, this entire draft tells America once thing: China will protect its own while we have to be fully open.

The draft also tells us the Chinese government wants to communicate a clear message to all non-Chinese corporations: China will move aggressively to protect its domestic manufacturers, and that any expectations of major amendments to previous agreements are highly unlikely.

According to Lux Research, U.S. Senators Carl Levin and Debbie Stabenow of Michigan, home of American auto giants, are urging the U.S. government to fight the proposed requirements. They cite the dangers involved in many U.S. manufacturers being forced to share proprietary technologies with Chinese partners.

For the record, the drafted regulations threaten more than just foreign participation in the electric vehicle market. They may affect the market for conventional vehicles as well, where the entire supply chain for internal-combustion engine vehicles, for example, makes up the bulk of the 18 million vehicles sold in China per 2010 records.

TN Reaction to the Chinese Draft

Lux Research, founded in 2004 as a fully independent, spin-off of venture capital firm Lux Capital, rightly asks whether these new regulations would take precedence over previous standards. If so, then foreign companies operating within the Chinese market will find that the Chinese government intends to give the upper hand to Chinese corporations.

While it is the nature of competition to get an upper hand, this one involves governmental power, not to make a level playing field, but to tilt that field toward China.

As a former design engineer with over 39 years in the auto industry, I have always felt the Chinese government would one day tell a company like General Motors (NYSE: GM) or Ford (NYSE: F) that it is thankful for its services, its relationship and the technical guidance over the years, but they no longer need American help.

In essence, I predict they will dump the American companies in favor of their own, home-grown technology which we helped nurture, and will then compete against us on the world market. In my opinion, that's not an if but when scenario!

Truth is, GM has always been careful with having separate databases around the world, if not for that very reason, at least to protect itself against technology piracy. Problem is, this draft may be the first attempt by the Chinese to remove those firewalls.

If GM, Ford and Chrysler have a brain in their heads, they will hold their technology cards close to their chest like a poker player. Furthermore, American automakers best find a better way to reduce fuel consumption, like the split-cycle air-hybrid engine technology of Scuderi, before the Chinese copy it and take that over, too.

Anonymous wrote on June 8, 2011 - 3:22am Permalink
LOL. This is the Chinese government, of course they are going to favor CHINESE companies. What do you want, for them to change their policies to favor GM, or Ford? Part of the purpose of the government is to encourage home grown technologies and further China's industry, and they are going to do what it takes to that end. Such a naive diatribe.