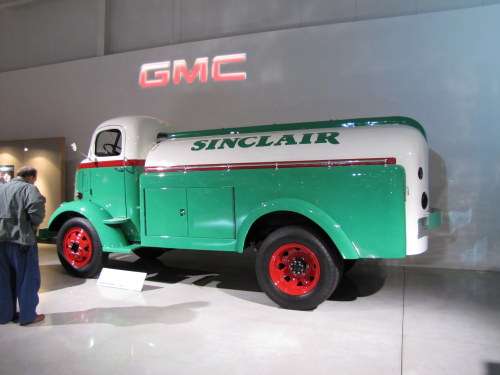 Since federal incentives were introduced in 2006, natural gas usage in vehicles has increased 25 percent each year, displacing more than 320 million gallons of gasoline. With the Middle Class Tax Relief Act of 2010, these incentives will continue. Natural Gas Vehicles for America even expects that rate to continue to grow in 2011 and beyond.
Advertisement

In the meantime, GreenMan Technologies, Inc. announced earlier that its subsidiary, American Power Group Inc. (APG), has received a Vehicular Memorandum of Exemption from the Environmental Protection Agency (EPA). The company has a non-invasive, dual fuel upgrade system for aftermarket diesel truck and tractor engines in place.

Based on an NGVAmerica news release, Congress is now doing its part, too, in taking an important step toward reducing America’s dependence on foreign oil.

First, the legislation extends through 2011, the 50-cent per gallon tax credit for compressed and liquefied natural gas when used as a vehicle fuel. Second, this tax credit, which expired at the end of 2009, is retroactive for 2010.

There is even a provision for the investment tax credit for alternative vehicle refueling property, including natural gas stations. This covers 30% of the cost or $30,000, whichever is less. This credit also includes a $1,000 tax credit for a home refueling unit.

Richard Kolodziej, president of NGVAmerica, says, “At a time of very tight budgets, the inclusion of these tax incentives demonstrates Congress’ commitment to a growing natural gas vehicle industry.”

He also noted, since natural gas vehicles reduce the use of foreign oil, reduce greenhouse gases and reduce air pollution, this legislation will help achieve all three of these national goals.

He was quick to point out, though, the natural gas vehicle tax credits, which expire at the end of the year, “were not included in this legislation.” However, Kolodziej says the industry will work to reinstate them in the new Congress.

For the record, NGVAmerica is a national organization dedicated to the development of a growing, sustainable and profitable market for vehicles powered by natural gas or biomethane.

NGVAmerica represents more than 100 companies interested in the promotion and use of natural gas and biomethane as transportation fuels, including: engine, vehicle and equipment manufacturers; fleet operators and service providers; natural gas companies; and environmental groups and government organizations.