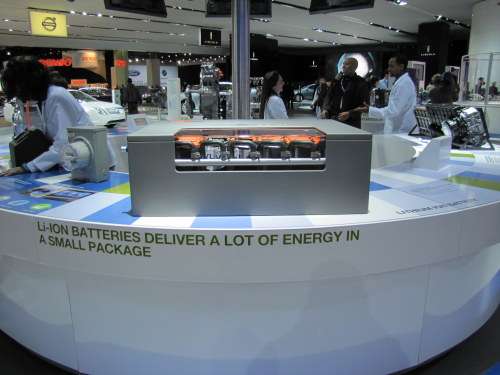 China is cutting exports in 2011 by another 11% after a 40% cut in 2010. Question is, will it drastically affect electronic manufacturers and electric vehicle battery suppliers who depend on lithium?
Advertisement

According to the International Business section of the Economic Times, China is not bowing to international pressures to loosen its export quotas.

Fact is, China supplies over 90 per cent of rare earth metals to global markets, and one of those rare earths is lithium. A total of 31 companies, including domestic businesses and overseas-funded enterprises, were accredited as qualified rare earth exporters for 2011, according to a statement from the Commerce Ministry.

Many investors have been bombarded by investing gurus touting a bull market in rare earths. They, however, produce nothing but rhetoric so as to sell their advisor services. Automakers and industrial component manufacturers, on the other hand, are at the mercy of those who control rare earth supplies. To manufacture a Li-ion battery, lithium is needed for the cathode material and the electrolyte.

Lithium, for the record, is not like oil, though. In other words, it is not a depleting commodity, where it is burned up like petroleum. A lithium supply in a battery, like the amount used in the Chevy Volt, is used and reused by recharging; and that is warranted for at least ten years. So, the end-use dynamics are different.

Still, some research suggests, if the world was to swap oil for Li-ion based propulsion, South America would become the new Middle East. The attention would actually shift to Bolivia and Chile, which is why China has established close relations.

LG's New EV Battery Plant Is a Welcome News for Tesla
Tesla Giga Berlin's New Hurdle: It's Not Only the Gov't, but Now Tesla Itself
END_OF_DOCUMENT_TOKEN_TO_BE_REPLACED