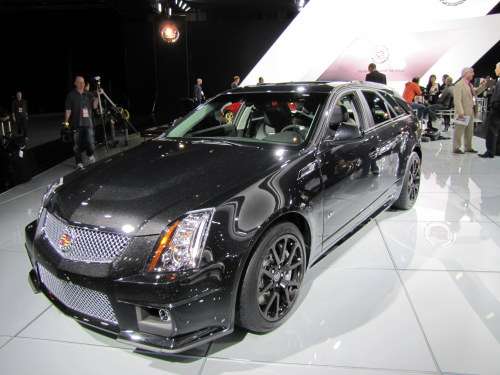 Cadillac is the most-desired automotive brand in the United States by men, according to results of a market research test by a company that studies emotional connections.
Advertisement

Consumer surveys which measure emotional connections to brands are very important to automotive OEMs. Aside from the marketing advantage, attaining a high mark brings great satisfaction to the teams of people who design and build the vehicles. Such must be the case with the Cadillac team.

The 2012 “Most Desired Brands in the U.S.” survey attempted to reveal such emotional connections. It was conducted by the global strategic neuro-insight firm Buyology Inc and uSamp, which measured personal and emotional connections to 220 well-known brands across 10 industries. And Cadillac is now deemed the most-desired automotive brand in the United States by men.

Take, for example, the Cadillac CTS Sedan. As the centerpiece of Cadillac's lineup, the CTS Sedan is focused on excellent driving dynamics and technology, competing strongly against many of the world's finest midsized luxury cars.

Note that this reporter first fell in love with the 2005 Cadillac CTS at the NAIAS in Detroit. I bought the model that year, and was always pleased with the purchase. In this case, though, it also struck an emotional connection with my wife. So, WE bought the car.

Proof of emotional ties, though, is always in the sales growth figures. Cadillac saw retail sales growth of 6.8 percent in 2011, led by the CTS family of cars, which were up 19 percent over 2010, and the mid-size luxury SRX crossover, which increased sales by more than 9.6 percent last year.

Cadillac is poised to further extend sales in 2012 with the introduction of the XTS full-size luxury sedan and the ATS compact luxury sedan, which will be released in the spring and summer of 2012 respectively.

The ATS was revealed in January at the 2012 NAIAS in Detroit. It was unique in that the reveal event took place, not at the Cobo Center where the NAIAS was hosted, but at the Center for Creative Studies in Detroit. The school, which had displays from students on the floor at the 2012 NAIAS, has finnancial and moral support from General Motors and its many industrial design managers. So, it was deemed fitting the ATS should be revealed there.

Here is a short video from its display and other Cadillacs from 2012 NAIAS in Detroit.

For the record, Cadillac, a division of General Motors Company (NYSE: GM) has been a leading luxury auto brand since 1902. In recent years, Cadillac has engineered a historic renaissance led by artful engineering and advanced technology.

[Photo of Cadillac CTS-V at 2012 NAIAS by Frank Sherosky, Authorfrank.com]