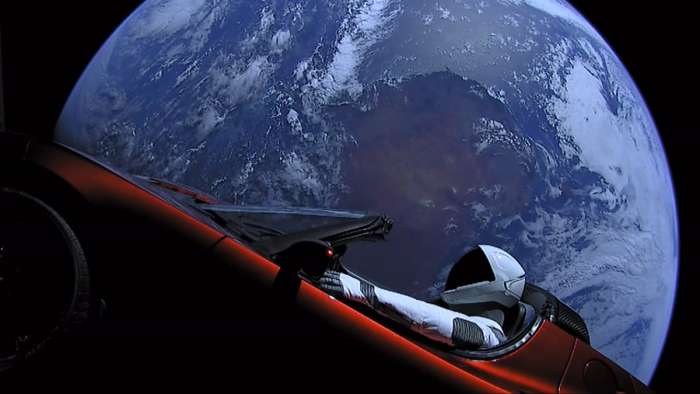 The Fastest Car In Our Solar System, Tesla’s Starman Has Its Closest Approach To Mars

The fastest Tesla, as a matter of fact the fastest car ever, Tesla's Starman has its closest approach to Mars. Traveling 25,000 miles per hour, it gets within 0.05 astronomical units of the red planet.
Advertisement

According to Elon Musk, after more than two years in space, Tesla’s Starman has its closest approach to Mars. Getting within 0.05 astronomical units or 4.6 million miles of the red planet, this will be the closest Tesla’s first-generation Roadster will be to Mars, till August 22, 2035.

After being launched on SpaceX’s Falcon Heavy rocket's test flight, Elon Musk’s personal midnight cherry red Roadster has spent the last two and a half years orbiting the sun.

Unlike what was widely expected at first, the Roadster didn’t actually go to Mars but is in an orbit around the sun. However, Starman’s path crosses Mars' orbit so the vehicle will make cyclic close approaches to the red planet.

The launch was able to capture the imagination of the general public, inspiring children and grownups alike. Not only was the idea of a car in space exciting but as a passenger it had Starman, a mannequin wearing a spacesuit.

At its fastest, the Roadster will be traveling 25,000 miles per hour. Way faster than even the amazing specs of the newly announced plaid Model S. Yes, one is powered by the sun’s gravity and the other by Tesla’s newly announced 4680 battery cells, but still.

Besides Starman, the vehicle had a number of items onboard. In the glove box there is a copy of Douglas Adams’ novel The Hitchhiker’s Guide to the Galaxy (Elon Musk’s favorite novel) along with a towel and a sign on the dashboard that reads “Don’t Panic”, both references to the book. 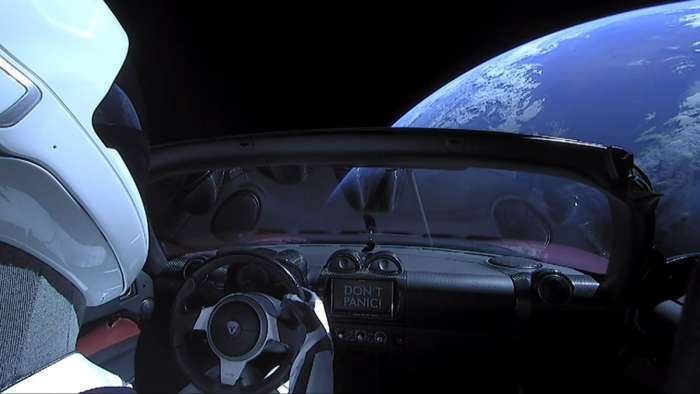 There is also a miniature Roadster with a miniature Starman mounted on the dashboard. A plaque bearing the names of the employees who worked on the project is placed underneath the car, and a message on the vehicle’s circuit board reads “Made on Earth by humans”.

If you're thinking why waste resources in such a futile pursuit, there's a pretty good explanation. The reason Musk sent a Roadster and not a scientific probe or just do something useful with the money was because no one would pay to put a payload on it.

This was spaceX’s first flight of a new rocket, the Falcon Heavy. And since it wasn’t yet proven, not many organizations were willing to put their multi-million dollar satellites on top of it. What is customary in the industry is putting a mass simulator slab of concrete. And if you ask me, Starman was definitely a better payload than a piece of concrete.

So what did you think about the launch? Are you inspired by it as much as I am? Or do you think there could have been a better payload? Let me know your thoughts down in the comments below.