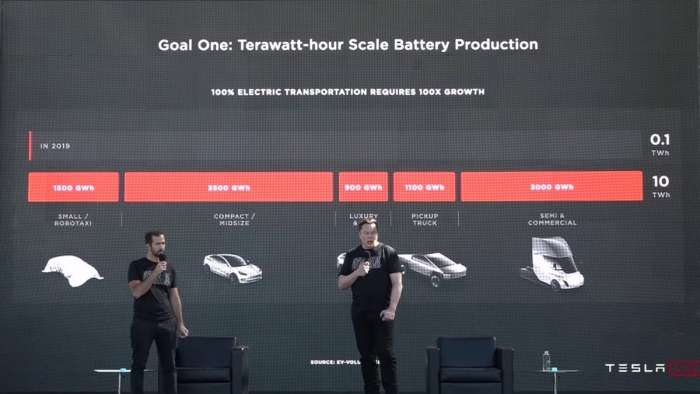 Elon Musk Is Unhappy With Tesla's Battery Day Coverage, But It Could Be His Own Fault

Elon Musk seems to be frustrated by the coverage of Tesla's Battery Day. In a new interview with Kara Swisher, he talks about what people are not understanding. But whose fault is it?
Advertisement

In an interview in Kara Swisher’s Sway podcast, Elon Musk, among other things, discussed Battery Day and how it was received by investors and the media. In the interview, Elon Musk is clearly unhappy with how the day was received and seems to believe most people didn’t get his point. But whose fault is this?

In the Battery Day event, Musk outlined a number of manufacturing, cell chemistry, and mining breakthroughs. All these breakthroughs add up to cutting the cost of batteries by more than half on the pack level. which is clearly an incredible achievement. So why the less than enthusiastic coverage?

Elon Musk is right; most people don’t understand what it takes to build a mass-market product. However, I don’t think that’s the problem. The problem is Musk didn’t put these breakthroughs into context.

Tesla sells a number of products, none of which are batteries. Yes, the batteries are in the heart of almost all the products, but I don’t think anyone has ever gone to a showroom and said, “I want the car with the 2170 cells”. What people care about is what improvements these batteries bring to their products.

This is where I think the presentation falls short. And most likely on purpose. For example, Musk, on Battery Day, talked a lot about the tabless design of the new cells. Following this, the company showed an obscure graph of how this breakthrough affects supercharging time. 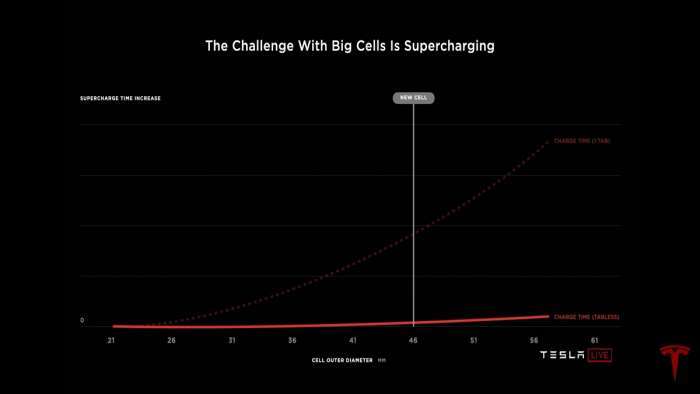 As you can see from the picture, there isn’t a whole lot of information on the graph. Here Elon could have easily elaborated more by saying this means new cars will be able to get 300 miles of charge in 5 to 10 minutes.

This one announcement would’ve gotten more positive coverage than the whole Battery Day event. But, this seems to have been the underlying theme of the whole event. Musk announces a breakthrough, puts those breakthroughs in percentages, and stops short of telling us what the advancements mean for their future products.

Another example is how Musk put all the breakthroughs which added up to give a 54 percent range increase in the vehicles. With this, we are left with more questions than answers. Does this mean all cars will have 54 percent more range for the same size battery pack?

If true, this announcement would’ve also garnered massive media attention. If Elon Musk came out and said, in 3 years Tesla is going to have a Model Y that can travel over 450 miles, can add 200 miles charge in 5 to 10 minutes, does 0 to 60 in under 3 seconds, and will be cheaper. This would have been the show stopper.

Or just overall if Musk had put the percentages improvements in the presentation in the context of what they mean for their future products, he would have been able to show the true importance of the Battery Day event. So why didn’t he?

Simply put, Elon Musk doesn’t want people to stop buying the current products waiting for future improvements. Tesla needs people to keep buying its cars in order to fund these breakthroughs. But in time, as all these breakthroughs get integrated, the true magnitude of what was revealed on Battery Day will be clear as daylight.

So, what do you guys think? Could Elon Musk have elaborated more on the Battery Day?
What improvements do you expect in the cars? In three years, do you think there could be a Model Y that could go over 450 miles? Let me know what you think in the comment section below.

Patrick H MacAuley wrote on October 4, 2020 - 11:28am Permalink
Musk has said that in his announcement of the Model Y he deliberately underplayed many of its features, out of concern that customers would not buy Model 3 and would instead wait for the Model Y. If so, your explanation would be in line with his past behavior. (The Model Y announcement was also a flop with Wall Street.)
Tinsae Aregay wrote on October 5, 2020 - 3:17pm Permalink
I'm thinking Tesla will probably be sandbagging its plans for a while. At least for a few years till all the battery day breakthroughs make their way into all the products.