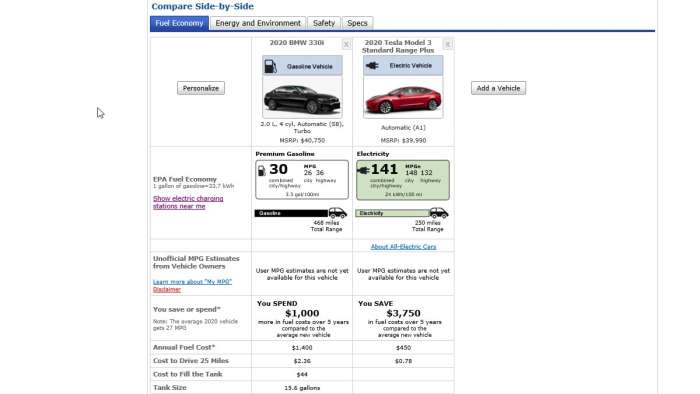 In this article, I highlight the 4 big disadvantages of buying a new gas car. I compare a Tesla Model 3 to a BMW 3 series sedan to make the point, but the same points apply to all gas and diesel cars.
Advertisement

Gas cars have 4 big disadvantages that will make them increasingly shunned by buyers as people get the chance to experience a Tesla and even if they have heard bad things about a Tesla, change their minds and buy one.

They Use A Lot Of Expensive Dinosaur Juice

As you can see in the image above, there is a big difference in fuel costs between a electric car and a gas car. You mean the electric Tesla is almost 5 times as efficient at the BMW? Yep, that saves you almost $1000 a year!

They Feel Slow And Laggy

Once you have driven an electric vehicle and especially a Tesla, driving a gas or diesel car is pretty much ruined. They feel laggy or broken like something is wrong with them. A recent example is conservative commentator, Steven Crowder.

Another example was a review from Wall Street Journal automotive columnist Dan Neil who said "Meanwhile, we have this car, this one program, beating the competition on core technology like a drum. From behind the wheel, everything else in this category — , Range Rover Evoque, Jaguar F-Pace, Porsche Macan “Feels like a sluggish, sloppy antique, a squawking modem trying to connect to the cloud." 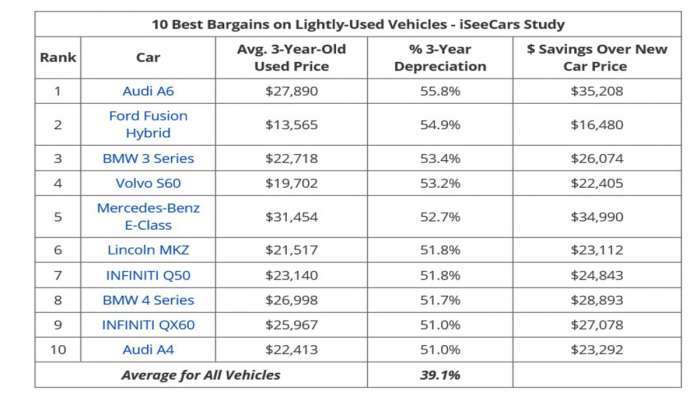 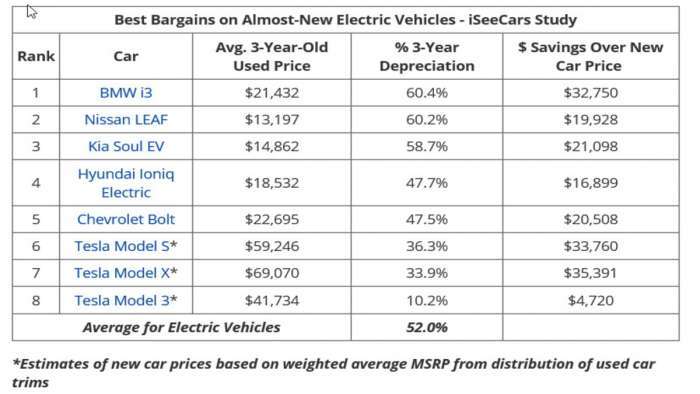 As you can see in the above images based on research by iSeeCars.com, gas cars depreciate a lot faster than the Tesla Model 3. The other electric cars show more depreciation than the owners actually received since most original owners received $7,500 tax credit for their purchase. Teslas since January 1st of 2020 haven’t been eligible for any federal tax credit. Buyers haven’t suffered since Tesla has been able to lower prices as volumes have increased.

They Cost A Lot To Maintain And Repair

As you can see with the cost to own figures from Edmonds.com captured above, once you are past the free maintenance and warranty period of a gas car, the BMW listed above costs about $5,000 a year to maintain and repair. Edmonds.com doesn’t list costs for the Tesla Model 3 (what’s up with that?), but the cost of major repairs are mitigated by the 8-year powertrain and battery warranty, while most maintenance has been eliminated as is described in this article on the Tesla Model 3 and we covered recently in this article about the Toyota RAV4 Prime.

They Pollute Our Communities

New research has shown that even without any consideration of climate change, the impact of air pollution on health and health costs, especially for children is far higher than we thought. “Air pollution leads to 250,000 premature deaths a year in the US” which is more than the COVID virus that we are currently very concerned about. But we don’t have to our everyday behavior to reduce that pollution, just choose to drive cars that save us money and are more fun to drive.

I think you will need to buy or continue to own a gas or diesel car in that case, but don’t buy a new one, get a used one to tide you over a couple of years until the Tesla or another manufacturer makes an electric vehicle that meets your needs or your apartment building gets with the program and installs a few charging stations.

The above video by Dave Ramsey talks about how getting a used car instead of new saves a lot of money. It doesn’t accurately apply the same for the Tesla Model 3 and Y due to their lower demonstrated deprecation, but it is excellent advice for gas and diesel cars since new ones cost a lot more and offer few new features for that increased cost. If you decide to buy a Tesla car, make sure you ask a friend that has a Tesla car or solar for a referral code to get 1,000 free Supercharger miles. If you don't have any friends that have a referral code, use mine.

Two Tesla Model 3s Win Their Class In Race To The Clouds!

Khoi Bui wrote on September 5, 2020 - 4:35am Permalink
I've been driving a Chevy Bolt since 2017. Other than tire rotation (first two free by dealer) and new tires, I haven't paid for anything else for maintenance. The one-pedal driving lets me use my disc brakes very rarely and they will last and last. Charging cost? I plug in after midnight when the local electricity rate is lowest. Level 2 charging gives 14 miles per hour. Overnight charging is sufficient. Here in Bay Area, CA, gas costs about $3 per gallon, which would give me 30 miles on the average. For that same distance, my Bolt requires 7 or 8 kWh and each kWh costs 20 cents (You do the math).
Paul Fosse wrote on September 5, 2020 - 1:06pm Permalink
Glad to hear your costs are low!

Toyota's First EV Will Have a Name of BZ: Toyota BZ
First Videos From Inside The Boring Company's Las Vegas Loop
END_OF_DOCUMENT_TOKEN_TO_BE_REPLACED