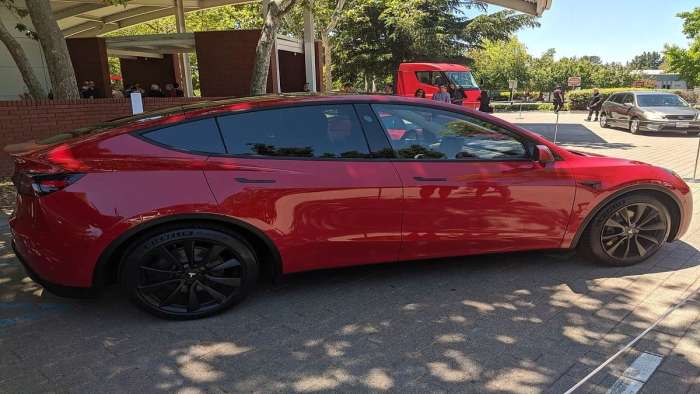 Last week, for the first time, a Tesla Model Y was spotted in China. It was then confirmed that this car was made in the Shanghai Gigafactory making one of the first, if not the first, Model Ys produced in Gigafactory 3. This arose many questions to discuss since Model Y was only slated to begin deliveries in Asia in the early months of next year. Tesla seems to be moving ahead of schedule, and we have just received some more information about the made in China Model Y.

@Ray4Tesla tweeted this morning that Shanghai EPA had approved the environmental impact assessment report on the new vehicle (Model Y) pre-launch project. This pre-launch project could involve test production batches. The translation to the screenshot posted by Ray tells us that Giga Shanghai will start pre-production preparations for Model Y and that tests and research work would be carried out on important equipment and production processes as well as product size verifications. The equipment tests include press equipment, welding-related equipment, and assembly related equipment. 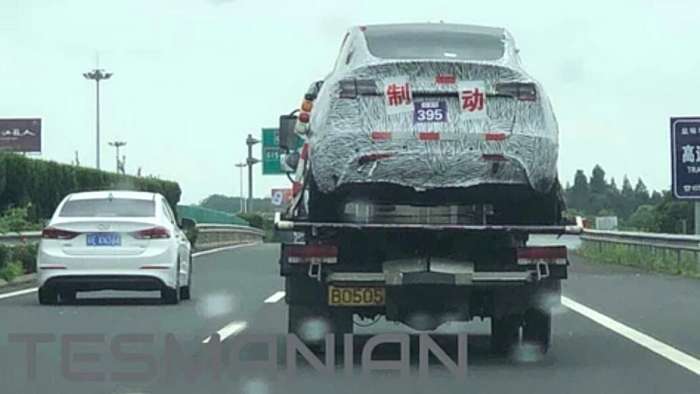 Recently Tesla posted that they were looking to hire about a thousand new employees to work at Giga Shanghai. The jobs they are looking for include many key production jobs. These include paint, general assembly, body in white, stamping, charging, quality control, automation control, material operation, and IT jobs. It looks increasingly likely that Tesla is also looking to bring new products to the market since it has posted job applications for many research and development engineers.

The tweet also hints that Tesla has improved the production process of Model Y by decreasing the number of parts required the stamping and welding workshop has reduced the number of solder joints and the amount of glue needed to produce each vehicle.

Model Y is moving fast
This makes the production of Model Y seem very close in Giga Shanghai and if all goes well we can hope to see it on China's roads in only a couple of months. This kind of speed when it comes to bringing a vehicle from design to production is very impressive when you consider that Model Y was only revealed in March of last year. One of the main reasons for this is because it shares many parts with its predecessor, the Model 3.

We are still waiting to hear about the new body making machine that will make Model Ys structure out of a single casting of aluminum, drastically reducing cost and production time.

Thank you for reading through, we would be interested to know what you think about the MIC Model Y and it's production, please share your thoughts in the comments and feel free to submit any news relating to Tesla.

Here is a link to my latest story.

Guillaume Humbert a Torque News automotive journalist covering Tesla news. "The way he first heard about Tesla was when he accidentally found a Livestream of one of Tesla's cars back in 2018. It may sound boring, except this car was cruising in space. Since then Humbert has been following the EV automaker closely. Any of Tesla's innovations make the future look environmentally more friendly. "I am now trying to share the hope Tesla spread and inspire others through my articles," says Humbert whom you can follow on Twitter at Thinking Enthusiast