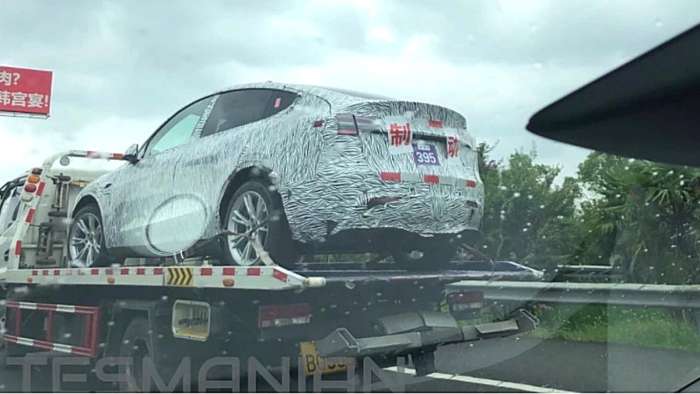 A Tesla Model Y was spotted for the first time in China. Here are the details.
Advertisement

Only last year, in early January, did the ground breaking ceremony for the building of Gigafatory Shanghai occur. Tesla built the factory at a never before seen pace, finishing the first phase of the building in only ten months, including the installation of stamping and other equipment. Trial production batches began in October of the same year. As of yet, Tesla had only built Model 3s in the factory since that was what it projected to be its best selling vehicle in the Chinese market. During 2020 the Shanghai Gigafactory has been expanding, making rapid progress in the build of the second phase of the car production complex.

Tesla started accepting orders for its made in China Model Y about three months ago, at the beginning of June. The Chinese Model costs, for the long-range version, $68 580 and you can get the Performance Model for an extra $6605. Model Y is an SUV that seats up to seven adults and can control the torque of its front wheels through its two electric motors. These motors enable it to go from 0 to 60 mph in 3,5 seconds. It has an estimated EPA range of about 300 miles. It also has a practical 68 cubic feet of cargo space making it a great family car.

Tesla ahead of schedule

Deliveries are slated to begin, at the earliest, in the first months of next year but, thanks to a tip from a reader to the Tesmanian website, it was confirmed that a Model Y was spotted in China, being carried on a flatbed. The vehicle was painted in the black and white pattern that test vehicles usually carry, meaning this vehicle is probably not destined for customer use, but rather for testing of all its features but, why would a Model Y have to be tested, aren't they already on the roads in America? 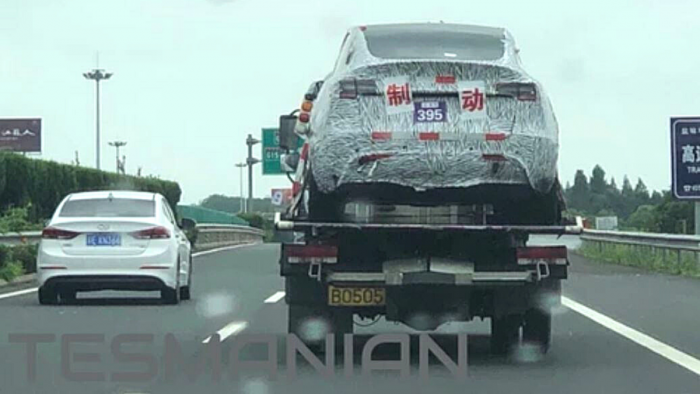 First Chinese made version
Well, we have also received an explanation for this: @ray4tesla tweeted out in response to the Tesmanian piece, claiming that he had confirmed with a Chinese EV industry watcher that the car was in fact produced in China, making it one of the first-ever Model Ys produced in China. In my opinion, Tesla wants to test out if the vehicle is free of flaws since it is one of the first produced in that specific factory. If Tesla knows how to do something right it's safety: with all their vehicles ranking first in the lowest probability of injury NHTSA test. The low center of gravity, rigid body structure and large crumple zones provide unparalleled protection.

Seeing a Model Y come out of Shanghai as early as the end of August is an impressive feat that will be likely to result in customer vehicles being produced, if all goes well, ahead of schedule. We may even see deliveries in December or even earlier according to Ray.

BREAKING: for the first time ever, a MODEL Y was spotted in China. Imported or MIC test vehicle? https://t.co/ABm5ydF4LW

End the year on a high note

If this happens, the vehicles delivered will be accounted for in Q4 deliveries, promising some very good results to end this difficult year. Moreover, the early start of Model Y production could also bring forwards the announcement of the long-awaited MIC (Made In China) affordable compact car since Tesla is ahead of schedule.This new small vehicle is predicted to be very attractive to the Asian market due to its size and affordability.

Gigafactory 3 has been a real statement about how fast Tesla can bring a factory to produce and we can only expect Giga Berlin and Giga Texas to move at a similar speed. If Berlin follows the trend, Model Y should be available to European customers at the end of next year due to the fact that it will precede Model 3s production.

Thank you for reading, we would be glad to hear your thoughts and comments so please leave them below. When do you think deliveries will begin? Thank you to Tesmanian for letting us use their pictures.

Here is a link to my last story.

See you in our next story discussing these beautiful Tesla Model 3 white wraps and its colorful caliper.