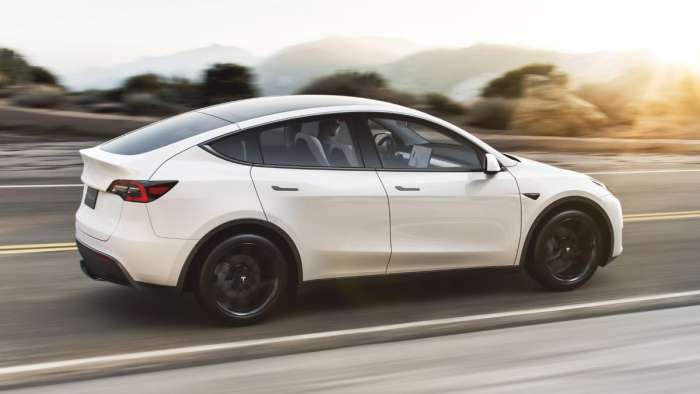 In this article, I will discuss Elon Musk's Tweet about Tesla's future production plans and my thoughts on Electric Vehicle growth over the next 6 years.
Advertisement

That’s total market, not all Tesla. We do see Tesla reaching 20M vehicles/year probably before 2030, but that requires consistently excellent execution.

Elon Musk recently replied to a tweet from Ark Investment's Cathy Wood confirming that he mostly agrees with her analyst's research that industry electric vehicle sales will grow to 35 million in 5 to 6 years. He was less optimistic than the analyst, since he mentioned 30 million (not 35) and thinks it will take 6 years, not 5 to 6.

I have written about longer term electric vehicle goals before and my predictions only went out to 2025 and are based on an Elon Musk interview from a March 2019 when he was on an Ark Investment podcast. You can see he has had some interaction with that firm as opposed to more traditional Wall Street firms. He is probably more comfortable with them because they understand that Tesla is a disruptive technology company, while many firms cover Tesla like just another automaker. If you put Tesla in a spreadsheet just like Ford or Volkswagen, the auto maker valuation model is not going to include ways of properly valuing the dramatice growth or entirely new markets like a software application store or upgradable full self driving. That is probably why Elon went on their podcast and spoke with Ark Investment on Twitter. This prediction was before Elon had said, in reponse to a question on the 2nd Quarter Conference Call, that he sees Tesla continuing 50% annual growth until 2030. Back in March 2019, there was still considerable doubt in most people's minds (including mine) where Tesla would get the money to finance so much growth. That was before 2 significant events.

As Elon said, they requires excellent execution. Not only does Tesla need to continue to build and expand gigafactories around the world without running into any significant financial or political issues, they need to lower costs significantly so more people can afford Tesla's products. They have to ensure the raw materials they need are available at affordable costs and they need to continue to expand their product line to cover more vehicles. You can't sell 20 million vehicles if you only have the models they have announced to date. They probably won't have the 50 or so models most global car makers have, they might need 10 or 12 to get to that level.

Why Other Automakers Will Make So Few EV's In 6 Years

The question I struggle with is, since Tesla has shown the rest of the industry that electric cars are superior in almost every way to gas and diesel cars, why won't the other automakers convert more of their sales to electric cars? The conclusion I've come to is that a few manufacturers like Volkswagen are aggressively working to design a whole lineup of electric cars, but many manufacturers like Fiat/Chrysler, Toyota, Honda, Mazda, Suburu and many others are still wasting a huge amount of money on other technologies. Either trying to make their gas and diesel engines a bit better, or maybe they think hydrogen fuel (fool) cells are a better than battery technology or maybe they are waiting for solid state batteries to become commercially viable. Maybe they don't believe buyers will accept electric cars until governments mandate it, so they think they have till 2035 to convert their car lines. There are 3 problems with that strategy.

Tesla has really laid down the gauntlet to the other car makers. They have made it clear that if they don't aggressively make great EV's as soon as possible, Tesla will be happy to take their customers. For years the other automakers didn't worry about Tesla because there was no way they could make enough cars to hurt their massive sales. That time is past. It is clear that Tesla has the determination and financial resources to take enough sales from any automaker on the planet that is sleeping on the job and not fully engaged in ensuring their company will survive the industry's transition to electric vehicles.