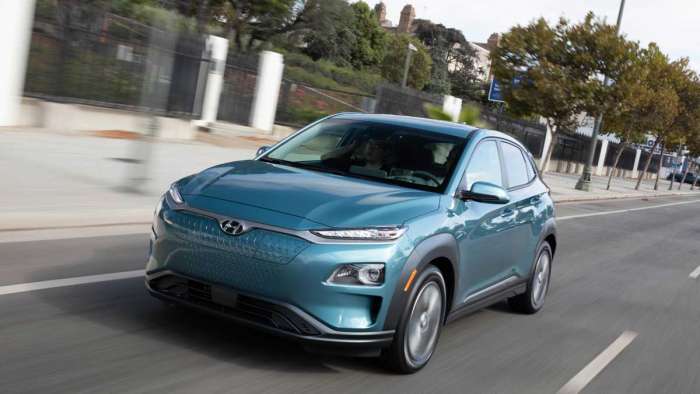 Hyundai’s hydrogen fuel-cell SUV, the NEXO, is the world’s first hydrogen-powered SUV. This vehicle is only available in California; however, the NEXO will expand to Northern California and available at a new dealership.
Advertisement

California has adopted clean air initiatives, and the Hyundai NEXO is a product exclusive to the California market. Even in California, the NEXO is not readily available, but now the vehicle will be sold through a Northern California dealership known as Roseville Hyundai.

Roseville Hyundai near Sacramento will be the fourth dealership in California, selling the Hyundai NEXO. There are now two dealerships in NorCal and two in SoCal. What I’m more impressed with is how well the NEXO leases out. $379 a month for the Blue model and $449 for the Limited model for 36 months. Three years of free maintenance will not be available, only one year.

Hyundai touts quick refueling times and what comes out of the NEXO’s tailpipe is cleaner than the air that goes into the NEXO. The vehicle boasts a 380-mile range and only takes five minutes to fill up. The NEXO allows owners to experience a zero-emission car with a petrol-powered vehicle’s practicalities, and the NEXO doesn’t even cost an insane amount. I assumed the lease would be in the $700s a month because of how “cool” it is.

Hyundai is deeply invested in not only EVs but also hydrogen fuel-cell. Hyundai has sent 10+ Hydrogen commercial trucks to Switzerland, and now Hyundai took a baby step to expand in California. Hyundai even announced the expansion of its partnership with the U.S. Department of Energy to support Hyundai’s DOE Hydrogen and Fuel Cell Program. All this will accelerate hydrogen and fuel cell tech progression in multiple sectors. Hyundai is committed to a clean future, and it is even working on sustaining EV battery tech to reuse and recycle batteries to make the construction of these cars as “green” as possible. It will be interesting to see where Hyundai will be in 2 years’ time.

DeanMcManis wrote on September 11, 2020 - 11:59am Permalink
For those rare few who live in an area that has hydrogen stations (I do) the lease deal is pretty amazing. This is a $60K car with tons of included tech goodies, which runs smog-free and gets in the commuter lane. Plus included in the 3 year lease is 3 years of free fuel and free maintenance.