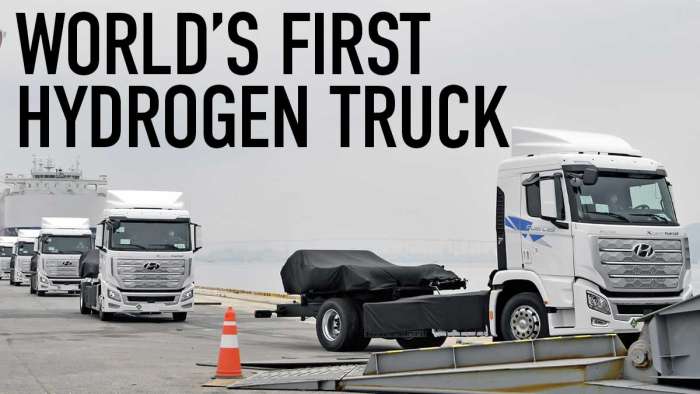 Hyundai builds and ships out the world's first Hydrogen Fuel Cell heavy-duty commercial trucks to Switzerland. This achievement is a historic moment for Hyundai and commercial transportation.
Advertisement

Hyundai XCIENT and Its Role/Effect

Hyundai sent ten units of the world's first XCIENT Fuel Cell, a mass-produced hydrogen fuel cell-powered heavy-duty commercial truck. The first batch got sent to Switzerland, and an additional 50 units can is expected to be sent later this year. Hyundai's goal is to ship out 1600 units total of these trucks by 2025. Coincidently, the same year Hyundai-Kia aims to be one of the top three manufacturers of EVs globally. 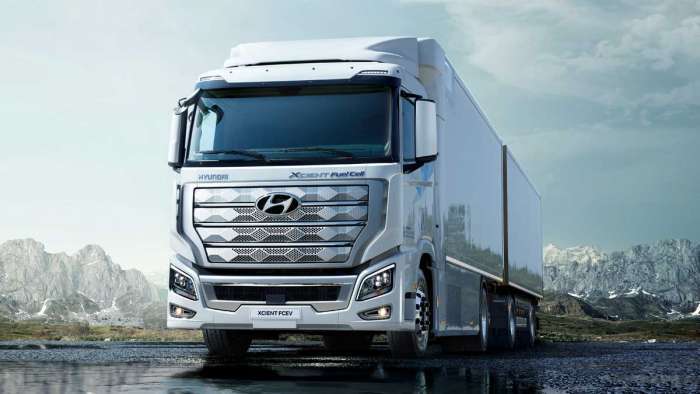 These XCIENT Fuel Cell trucks are further proof of Hyundai's commitment to reducing carbon emissions through zero-emission solutions. In a previous article, I wrote about Hyundai's commitment to Hydrogen Fuel Cells. I was ecstatic to hear the news as commercial vehicles hardly get hit with any regulations, unlike the everyday passenger cars we buy.

Commercial heavy-duty vehicles also contribute to far more pollution than everyday cars. Hyundai can now make a real impact in the industry and potentially help loosen regulations on standard cars since these laws are why we have these ridiculous eight and ten-speed transmissions and turbo motors that deliver mediocre fuel economy in real-world use.

The Hyundai XCIENT gets powered by a 190-kW hydrogen fuel cell system with dual 95-kW fuel cell stacks. There are seven large hydrogen tanks with a combined storage capacity of 32.09 kg of hydrogen. Expect the truck to have a driving range of about 400km or 248 miles. It will take about 8-20 minutes to refuel.

The refueling time is excellent; however, the range of about 248 miles is one-tenth of a traditional diesel semi-truck, which gets about 2000 miles in driving range. That figure will change as there are several types of semis, and driving style is a massive contribution as well. But the point remains, the hydrogen fuel cell tech in the XCIENT is not quite there but ultimately forgiven as this is the world's first attempt at hydrogen commercial heavy-duty trucks. More specs on the XCIENT down below: 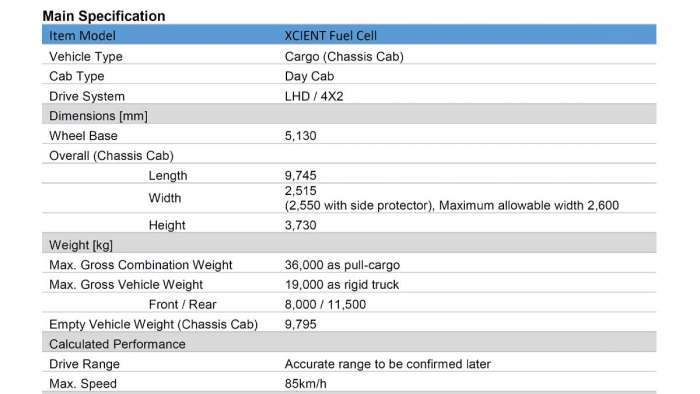 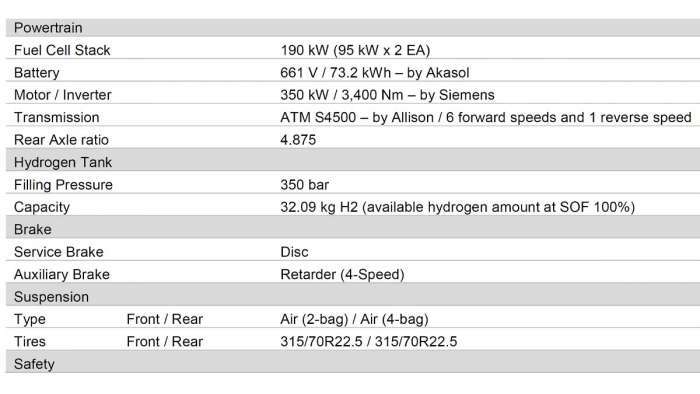 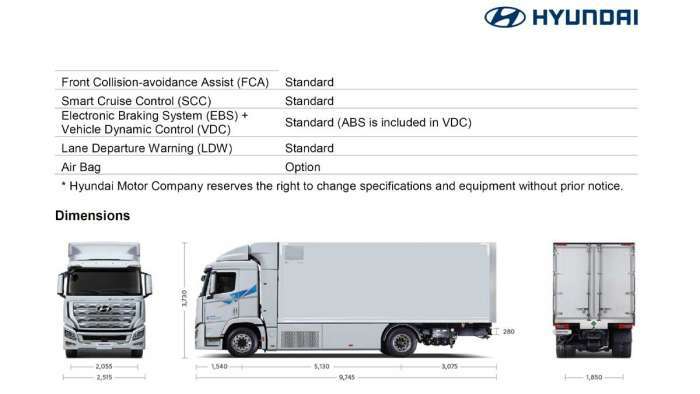 Hyundai claims that fuel cell technology is well-suited for commercial transportation as it provides long-range and short refueling times relatively. Hyundai is working on a long-distance tractor unit capable of doing 1000 kilometers on a single charge. This figure equates to about 600 miles of range, which is much better and will be aimed at global markets, primarily North America and Europe.

Hyundai formed a joint venture with Swiss company H2 Energy back in 2019, and this venture is now known as Hyundai Hydrogen Mobility (HHM). HHM will be leasing the XCIENT trucks to commercial fleet customers on a pay-per-use basis. This means there is no initial investment for commercial consumers, a rather brilliant business move by HHM, especially since XCIENT is such new technology that deviates from the norm. I hope more companies choose to use this future technology Hyundai has created.

Switzerland is the perfect location for Hyundai to begin its Hydrogen Fuel Cell commercial business for a few reasons. There is no road tax on zero-emission trucks in Switzerland, which nearly equalizes hauling costs per kilometer compared to a diesel truck. Switzerland also has one of the highest hydropower shares globally, so there is a proper infrastructure that can get put in place for hydrogen vehicles. Hyundai plans to expand to other European countries once the project in Switzerland is underway.

Hyundai already aims to be one of the top global manufacturers in EVs by 2025. Its goal is to sell 670,000 electric vehicles annually, and 110,000 of these vehicles are meant to be Hydrogen Fuel Cell cars. Hyundai is serious about zero-emissions, and this moto will play a considerable part in Hyundai moving forward with the type of products we are going to see from them.

In December 2018, Hyundai told us its long-term roadmap known as the "Fuel Cell Vision 2030." Hyundai is trying to accelerate its leadership in fuel cell tech to secure a 700,000 annual unit capacity for fuel cell systems not only for automobiles but also for vessels, rail cars, drones, and power generators by 2030. 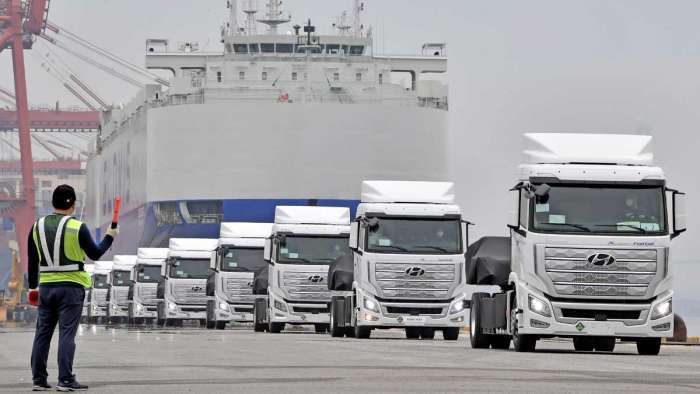 Hyundai's dedication to a zero-emission future must be applauded. I'm glad to see Hyundai is targeting the industry that most needs to be regulated, commercial vehicles, and I hope this leads to less stringent regulations for our everyday cars. It's crazy to think Hyundai used to be that budget little tin can car for people with bad credit to get themselves a new set of wheels. Now Hyundai is on its way to being a global leader in Fuel Cell tech and EVs.