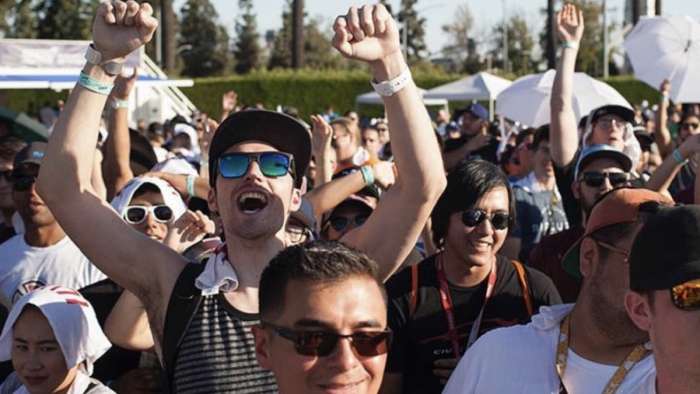 Subaru just announced a few new changes are coming to the 2020 Subaru Forester in Japan, and they will likely show up on U.S.-spec models too. The 2020 models get a new color, (Magnetic Gray Metallic) a new LED license plate lamp, and a new safety feature (Rear Seat Reminder).

But will Subaru Corp ship the 2020 Forester e-Boxer Hybrid for U.S. customers? Here’s why you probably won’t see it in North America.

Subaru of America (SOA) is selling as many new-generation Foresters as they can get, so there’s no need for them to bring the Forester e-Boxer hybrids to the U.S. now. In May, SOA reported the new fifth-generation Forester is up 9.4 percent through the first five months of this year and is the leading nameplate for SOA. Subaru sales are lagging in Japan, Australia, and Europe, so the automaker is opening up these markets to the hybrid model to help spur sales and excitement for the brand. It’s working, because Subaru Corp reports the e-Boxer Forester model accounts for nearly half (47%) of all Japan Forester sales.

There are thousands of North American customers who would buy a new 2020 Forester e-Boxer and many have been waiting for the more fuel-efficient compact SUV. But Subaru will stick with what is already working for the U.S. market, so don’t expect it anytime soon. Subaru is continuing to grow in the U.S., they have a shortage of techs, and bringing the e-Boxer with its unique service requirements, would put even more strain on their service departments. 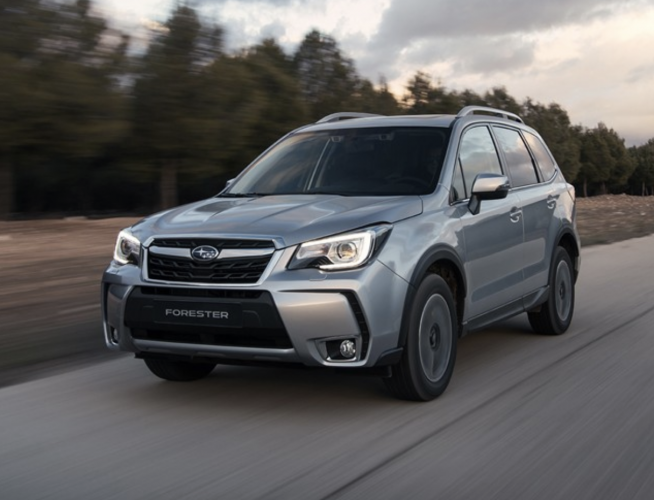 Subaru and Toyota announced last week, they will form a joint partnership to develop new mid-size and large C-segment battery electric vehicles (BEV). Subaru will produce these all-electric all-wheel drive vehicles under their own brand and they will tap Toyota technology to bring new eco-performance models for their customers. Customers can expect Subaru to introduce new all-wheel-drive, all-electric midsize and large passenger SUV nameplates in the U.S. market sometime in 2021-2022.

For now, Subaru only offers the Crosstrek Plug-in hybrid that is being marketed in limited quantities. You won’t experience crazy long lines in the U.S. for a 2020 Subaru Forester because it’s not coming to North American shores anytime soon.

You Might Also Like: Are You Looking For The Best Compact SUV? New Subaru Forester Scores 12th Award

Denis Flierl wrote on June 13, 2019 - 8:05am Permalink
Will you wait for Subaru to bring a new Forester e-Boxer or buy the Toyota RAV4 hybrid instead?
Ray Henderson wrote on June 14, 2019 - 10:22am Permalink
I plan to wait for the e-boxer Forrester but I hope it is available in the US by the 2021 model year
Don Mey wrote on June 14, 2019 - 11:13am Permalink
I love my Subaru Forester but I am ready to move to RAV4. Similar safety or better. Adequate all wheel if not as good as Forester. Need the mileage advantage of a hybrid.
David Vega wrote on June 13, 2019 - 8:37am Permalink
While it won't help buyers now, what Subaru should do is open up another plant in the U.S. (including a major tech training center) to make more Global Platform vehicles. With most if not all models being made on the global platform, a new plant can easily turn from making one high selling model to another without major modification and keep up with the demand. This including the upcoming BEV models.
Shari wrote on June 13, 2019 - 2:52pm Permalink
I have a 2019 Forester Touring and the feature I wish they would change is the cup holders and the area in front of gear shifter needs to have a raised lip so that it can actually hold items . They need to think of actual day to day driving comforts. I found these features in the Hyundai Santa Fe but was afraid to buy a Hyundai until they figure out why their engines are catching on fire. And the engine cutting off when stopped drives me crazy so I am constantly pushing override button. I guess it increases gas mileage but I find it not worth it because I still average 28 mpg in town with the override button on.
Digitaldoc wrote on June 13, 2019 - 3:07pm Permalink
The real question in the US is why are there no long lines for the hybrid they are already selling here- the Crosstrek. So, why bring another one here if the first one is not selling?
jg wrote on June 14, 2019 - 10:09pm Permalink
I bought a 2014 XV Hybrid and traded in a 2014 XV that I bought not quite a year earlier. The hybrid drove SO much better because of suspension tweaks and the additional torque. Traded it in on a Forester XT because, believe it or not, they got about the same gas mileage and needed the extra room. Flash forward and just take a look at the loss in cargo capacity and the answer as to why they aren’t selling should be obvious. I was just considering a hybrid Crosstrek and RAV4 Hybrid to replace the XT because the lease was up. Ended up getting a 2019 Forester Touring and super happy with it. SO much nicer than the XT Touring that I thought was going to be a keeper. We actually kept it an extra year because it made such good marketing sense for a variation of the e-boxer to come to the US. I believe it hasn’t come over because of the technology hasn’t provided the mileage increase that Americans would demand.
Neil Baunsgard wrote on June 13, 2019 - 3:07pm Permalink
Somewhat misleading title. Subaru has such a well defined customer base that wants them to be a leader and is ready for Plug in Hybrids and electric options of their favorite brand. The limited roll out of the Crosstrek hybrid and position as laggards is super disappointing
Bill wrote on June 14, 2019 - 2:06am Permalink
"Subaru of America (SOA) is selling as many new-generation Foresters as they can get" - there are not only hundreds on the lots in the Denver metro area but they are discounted $1,500 to $2,000. That's NOT an indication of a product in short supply.
David Klinger wrote on June 14, 2019 - 11:27am Permalink
Subie makes many models they don't import to the USA.. THEY MAKE A 6 SPEED TURBO DIESEL FORESTER .. I'd love to own one but not available here... Seems like we should be able to special order them if they're common in other countries
Digitaldoc wrote on June 15, 2019 - 12:56pm Permalink
Would love to get one of those- minus the diesel part. Still scratching my head why Mazda brought the Skyactiv-D engine here, and furthermore, priced it so ridiculously. If they sell more than three of them, I would be surprised.
PW wrote on June 15, 2019 - 5:25pm Permalink
Short-sighted of SOA not to sell Forester hybrid. I like my 2014 Forester but am looking...will test drive RAV4 Hybrid next week. Not the same front leg room/visibility but many other good features. C'mon, SOA!
jg wrote on June 17, 2019 - 10:37pm Permalink
That’s where I was as well, but I started with a RAV4 after a Prius I had for 10 years stopped keeping up with traffic. I absolutely HATED the way it drove in the snow — constantly engaging and disengaging the rear and modulating power all over the place, it was really annoying. They’ve probably gotten better but just the philosophy of being primarily a 2 wheel drive vehicle and only engaging traction systems (the rear wheels) when the car feels like it means it’s probably going to be very similar to the one I had (and traded in before it was 1 year old).
Nick wrote on August 6, 2019 - 10:24am Permalink
What did you think of the Rav4 Hybrid?
Petteri wrote on June 23, 2019 - 2:35pm Permalink
I'm from Europe. I don't like hybrid Forester which is result of stupid EU regulations. Who knows how reliable it wil be after years of use. I need normal Forester with 2.5 or 2.0 engine but it's not available. Could I move to USA? Maybe I will buy RAV4 as it's available without this hybrid-hype.