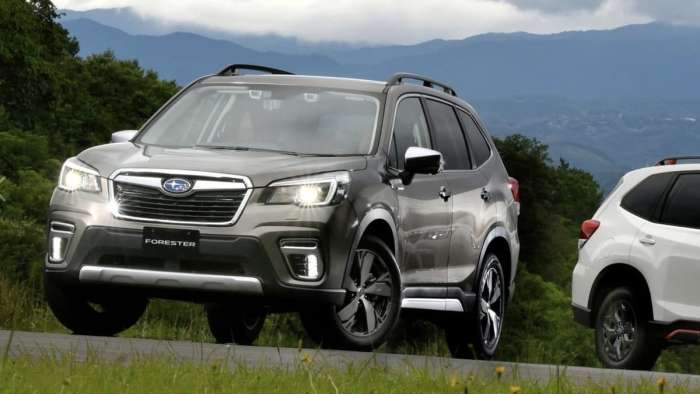 New 2019 Subaru Forester gets another award. Is it the best compact SUV?
Advertisement

If getting twelve awards are any indication, the all-new 2019 Subaru Forester might be the best compact SUV for consumers according to media members. Forester gets another award, this one from the New England Motor Press Association (NEMPA), which Torque News writer John Goreham is a member, announced their “Winter Vehicle and Ragtop Awards.” The newly-redesigned Subaru Forester was named “Best in Class Compact SUV” by NEMPA. Last year, Subaru of America was given an award for “Automotive Company of the Year” by NEMPA.

The 2019 Subaru Forester received a complete remodel and arrived last fall with major upgrades in safety, it rides on a new architecture with improved driving dynamics and features a roomier cabin with new technology for customers. The compact SUV has been a big hit around the U.S. and global markets like Australia, Canada, and the UK.

What is the best compact SUV for consumers?

The most recognized small SUVs in this class are the Honda CR-V, redesigned-for-2019 Toyota RAV4, Hyundai Tucson, updated Jeep Cherokee, Ford Escape, Nissan Rogue, Subaru Forester, Volkswagen Tiguan, and Mazda CX-5. If all the awards are any indication, the redesigned Subaru Forester is at least one of the best small all-wheel-drive vehicles out there and worthy of your consideration.

Watch our video report on the 2019 Subaru Forester as possibly the best compact SUV and subscribe to our YouTube Channel.

The Subaru Forester redesign has been a hit and gets other awards for being the best compact SUV. We’ve compiled the awards since its launch last fall, and the compact SUV has racked up twelve awards and they keep coming almost a year later.

The new 2019 Subaru Forester is also a Consumer Reports Top-10 pick of 2019 for Best Cars of the Year. The Forester repeats as “Best Car To Buy” by Car Connection for the second year in-a-row. U.S. News named Forester best because of its safety and reliability ratings, seating and cargo volume, and the availability of family-friendly features. The new Forester also gets awards for Best Compact SUV from cars.com, cnet.com, Northwest Automotive Press Association-Mudfest, and now from NEMPA. 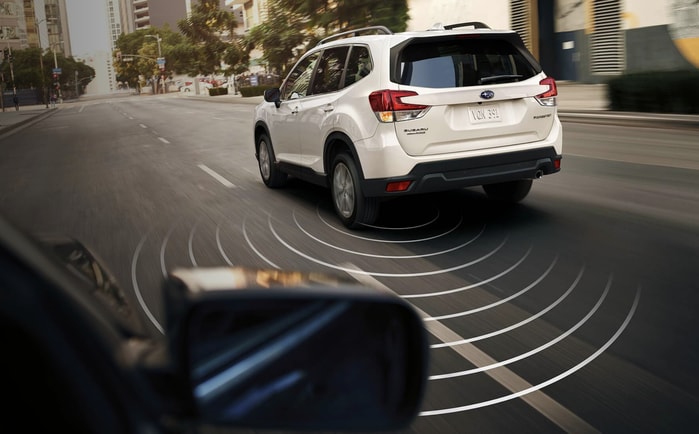 The new 2019 Subaru Forester just picked up a top global safety award and is best compact SUV in Japan’s New Car Assessment Program (JNCAP). The compact SUV gets improved safety ratings over the outgoing model and recognized by IIHS as the best compact SUV here in North America.

The 2019 Subaru Forester also gets awards from around the globe and was named the “New Zealand Car of the Year.” Last year, Forester picked up the “Best Small SUV 2018” award from drive.com, Also in Australia, the new Forester was picked by Wheels magazine as best compact SUV. The newly-redesigned Forester also scored "Auto of the Year" in Russia.

Denis Flierl wrote on June 5, 2019 - 7:53am Permalink
With the multitude of choices in the compact SUV category, is Forester the best small AWD vehicle?
Ronald Gruber wrote on June 6, 2019 - 4:25am Permalink
The 2019 Forester is the second in a row we've owned. We had a 2015 Forester, but the 2019 was such a huge improvement, we couldn't hold back. It is a wonderful vehicle to drive, very roomy, loads of great features, and very fuel efficient. Definitely worth considering! Highly recommended!
Digitaldoc wrote on June 5, 2019 - 1:13pm Permalink
Not particularly, the Subaru Forester has a low fun to drive quotient, and a mediocre powertrain, hampered by less HP than the competition, and a fuel economy oriented CVT. I thought when I first read the title that the Forster was in 12th place, which would make more sense to me. Still sales don't lie, and as long as Subaru has good marketing, with plenty of puppies in the ads, this crossover will continue to see, I am sure.
Marco wrote on June 6, 2019 - 8:48am Permalink
I couldn’t agree more, cvt is not the adequate for this kind of vehicle, cvt is a joke
Brian Zimmer wrote on June 6, 2019 - 7:56pm Permalink
I don't know what you mean! I am more than satisfied with the performance of my 2015 Forester 2.5 Premium! Even in the mountains of Colorado, I can keep right up with traffic! If want want sports car performance, buy a WRX!
Digitaldoc wrote on June 6, 2019 - 10:06pm Permalink
I want to make sure I can get ahead of traffic, as we have some short entrance ramps on to the highways here in NY. The problem is I want more of a sports car, but need an SUV to be able to get to work during a snowstorm. Subaru offers nothing for me, and I truly don't have the room for a 3 row SUV.
Subaru Waste wrote on June 6, 2019 - 9:43am Permalink
My 2010 Subaru Forester is the worst car I have ever owned. 3 transmissions already at this point. It isn't like they were free or covered under a warranty. I am the original owner. They should be honest and advertise that you need a new transmission every 50k miles. Put it right below the recommended oil change schedule.
Joan parry wrote on June 6, 2019 - 12:02pm Permalink
Since my strokes, I wasn’t able to get in and out of many cars and suv’s. Our new forester allowed me to do that easily and so comfortable inside. It is the best vehicle we have ever owned. We are forester people now.
morphd wrote on June 6, 2019 - 10:37pm Permalink
After hitting a deer and totaling my 2013 Subaru Forrester Premium a couple months ago I wanted to stay with a manual transmission, which was the reason I bought the 2013 model (new) in the first place. I was disappointed to learn that Subaru discontinued installing manual transmissions in the 2019 Forrester and heard mixed comments about the CVT. Thankfully I lucked out and found a 2018 Forrester Premium with only 8k miles on it for sale. I absolutely love the car and my only small peeve is that the 6 speed transmission feels and sounds more 'clanky' than the 5 speed transmission in my 2013 Forrester.
PW wrote on June 15, 2019 - 5:46pm Permalink
Typo in video @ 2:45: "best car to 'buy' (not 'by'). Good info--thanks.