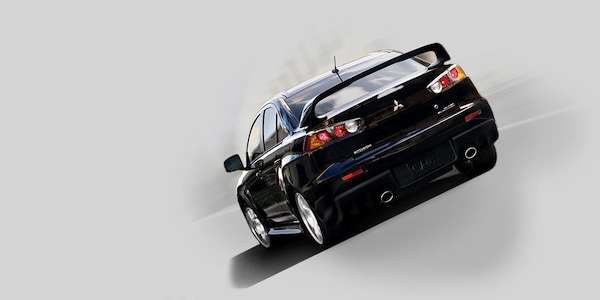 Will new Lancer Evolution Special Edition be for collectors only?

Mitsubishi is sending out the last 2015 Lancer Evolution with a special edition model. Will collectors drive up the price?
Advertisement

The UK received a special edition 2015 Lancer Evolution X FQ-440 MR last year to celebrate the Japanese automakers 40th anniversary in the UK. Only 40 examples were build and the special edition EVO was in very limited supply. The X FQ-440 MR pumped out 440 hp and Mitsubishi UK sold the hot EVO’s for 50,000 Pounds which is about $75,725 US. The 40 special anniversary models were snatched up quickly and are now sold out.

CHECK OUT: The most powerful Mitsubishi Lancer EVO ever makes global debut

The U.S. is supposed to get a final Special Edition EVO X model later this year that will give U.S. fans a model to commemorate the last EVO that will ever be produced. In an interview with Motor Trend at the Los Angeles Auto Show late last year, Don Swearingen, Executive VP of Mitsubishi Motors North America, confirmed that a new Special Edition 2015 Mitsubishi Lancer Evolution will arrive later this year.

Back in August we reported that this “Special Action Model” will be built specifically for the U.S. and will come with “extra horsepower and other performance improvements.” Automotive News said that Mitsubishi will limit production to 2,000-2,500 units of the higher performance sedan and they will be built during the final six month’s of production that will end later this year.

Final Edition will be highly collectable

The Final Edition U.S. model will likely be much more expensive, and like the UK 40th anniversary models could fetch more than the standard models. Mitsubishi hasn’t said if the special edition model will be a GSR or MR model but the Final Edition Japan model at the Tokyo Auto Salon was a GSR with a five-speed manual gearbox. The limited number of U.S. models will be in high demand and collectors will be buying these cars.

Will the Special Edition come with Recaros?

Mitsubishi Motors North America (MMNA) pulled the performance Recaro seats from the 2015 Lancer Evolution due to an airbag requirement in the new model sedans. This was done to accommodate a new side airbag that was installed in the front seats of all new 2015 EVOs. All 2015 Mitsubishi Lancer Evolution sports cars now come equipped with the standard Ralliart/Lancer GT front seats. The Special Edition model will also likely come with Lancer seats.

If the U.S. gets 2,000-2,500 examples of these higher performance 2015 Mitsubishi Lancer Evolution Special Edition sedans, they will be a collectors item and will likely sell out quickly. We don’t know the cost of the last special edition EVO X, but they will probably be much more than the standard models. Collectors could drive up the price. Stay tuned.

donnie newell wrote on January 26, 2015 - 8:09pm Permalink
Yeah no chance i'll ever own one...75k not in a working mans budget.thanks mitsubishi,why not build a 350 hp evo also. 290 hp is a joke really.
Shane wrote on February 20, 2015 - 3:27pm Permalink
So what the people that can afford them are jobless lossers? Yea right intelligence combined with hard work is more profitable than just hard work, tired of people telling me just cause I don't work with my hands I'm not a worker I lift and practice martial arts for my physical labor...
byron wrote on April 1, 2015 - 10:31am Permalink
It's not going to be 75K. What are you guys smoking? Some MN guys just did a refresh on a 500HP model of the Evo and they are going to sell them for 54.9K-LIST It will probably be around 50-55K. More than 60K and you are going to start getting into used GTR territory. Some people will collect them but it's not like this is a Ferrari for god sakes. I have an MR now, put 175 plus more HP on the same chassis/weight and this thing will scream since the AWD setup/steering is about perfect. Possible GTR numbers we will see.