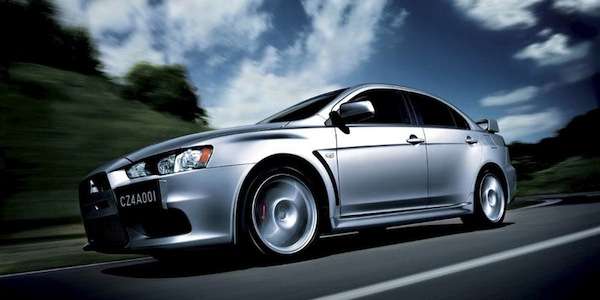 Will Mitsubishi make a big mistake and pull the plug on Lancer EVO?

The 2015 Mitsubishi Lancer Evolution is getting ready to start production later this year. Will Mitsubishi make a big mistake by pulling the plug on the performance car?
Advertisement

Mitsubishi is getting ready to start a slow descent downward if they pull the plug on the Lancer EVO X. But all reports tell us that Mitsubishi will end production of the EVO X. While there may be a new-generation Evolution coming at some point, it looks like the Japanese automaker is going eco-friendly with the new model and they will likely even change its name. Why is Mitsubishi moving away from what it does best? They have built some of the best Rally cars in the world and built a strong following of devoted fans. Why would they want to abandon what made them successful?

Mitsubishi not only built great all-wheel-drive performance cars, but they built small cars that everyone liked to drive. So why do they feel the need to abandon what they did well and move in a totally new direction with all eco-friendly vehicles. I’m not saying they shouldn’t built all-electric vehicles, because it looks like they are going to be successful at it. But they need to do both.

Mitsubishi needs to take a page from Subaru’s playbook and see what is working for the small Japanese automaker. Competition breeds success among automakers and Mitsubishi is going to lose out big if they stop doing what made them successful in the 90s. If they leave Rally Racing, it will hurt where it counts most, in new technology. Subaru uses their racing technology, and transfers what they learn to make all their cars better for the the average driver. And Subaru is exploding around the globe with new sales records every month.

Like the Subaru WRX, Lancer Evolution was created for Rally racing and Mitsubishi's rally program took a turbocharged 2.0-liter engine and all-wheel-drive system from the Galant VR-4 and stuffed it into a compact Lancer model. The Lancer EVO instantly became an icon with performance enthusiasts around the globe. It was first sold in Japan and then in the UK and Australia by the mid-1990s. Lancer Evolution went on to win four consecutive World Rally Championship titles, and cemented its reputation as a true performance car. And the Lancer EVO helped Mitsubishi establish its branding. All their cars were fun to drive regardless of its powerplant.

You don’t leave that heritage and just walk away from it and start over with a new eco-friendly branding. It took Mitsubishi years of hard work to build that strong reputation with performance fans. They need to do both, build a strong performance division like Subaru’s STI, and also move towards more eco-friendly vehicles. It’s not an either-or proposition. They can do both and learn from each other, it works hand-in-hand.

Subaru learned this from their parent company Fuji Heavy Industries (FHI) who has an aerospace division and makes parts for Boeing, helicopters, aviation business jets and industrial power products. They also have an Eco Technology Division that manufactures garbage trucks, robot sweepers and wind turbines. This is where Subaru got their technology for their safety system EyeSight that is helping them build the safest vehicles on the planet. FHI, STI and Subaru, all share technology between themselves.

Subaru uses the information they get from motorsports which is invaluable for learning how to build vehicles people will enjoy driving. That’s why their motorsport division, directed by STI, is involved in Super GT, Nurburgring 24-hour, Global Rally racing, and other motor sporting events around the globe. All the technology will eventually end up in their production cars.

Mitsubishi is likely going to end production of the 2015 Lancer Evolution X after this model year. They are making a big mistake and will lose what took them years of work develop their unique branding. Mitsubishi wants to completely change their identity, but it will take them decades to rebrand and they could end up like the dinosaurs.