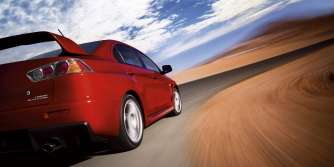 The 2015 Mitsubishi Lancer Evolution will be coming to the U.S. for another year. What can we expect to see for the future EVO XI?
Advertisement

The 2015 Mitsubishi Lancer Evolution will be coming to the U.S. market and production will start in July 2014. That’s what we know for sure about the high-performance model from Mitsubishi. There has been much speculation about the new-generation Lancer EVO XI, but it looks like the EVO X model will continue here in the U.S. for one more year. Beyond that we aren't sure, but it looks like a new future performance model is in the works.

What can we expect in the future? Jim Hall, Trivalle Communications (MMNA's PR agency) says, “As for plans beyond the 2015 model year, MMNA cannot discuss anything regarding the Lancer Evolution model at this time. Our future product plans are of a highly confidential nature.”

Mitsubishi has been very secretive about future plans for the next-gen Lancer Evolution, but sources in Japan have told Motor Trend that Mitsubishi “is well into the development of a next-generation Evolution.” The XI high-performance Evolution will not be getting the same Renault platform that the Lancer will have, but will get its own special architecture. But its going to be different than anything we’ve seen before both in appearance and power and will likely get a new name.

Mitsubishi has made great progress in plug-in hybrid technology, and the new-generation Lancer Evolution will reflect that. But performance fans need not worry, because the power output will increase. The insider told Motor Trend that the performance demands on the new EVO are so great that the Renault platform won’t be able to handle it. It will come with its own specially developed platform to handle the new hybrid performance powertrain.

This technology has developed to the point where Mitsubishi is ready to put it into production with a new performance vehicle. The insider also told MT that it will feature "uncompromised handling with state-of-the-art plug-in hybrid EV technology." It will be highly efficient and will incorporate a smaller engine, smaller electric motors, and lighter, better-performing batteries for the new performance package.

Mitsubishi CEO Osamu Masuko recently said, "The new model will take a completely different direction. What you will see in the near future will be a totally new Evo that employs innovative technology and inspired handling."

We do know for sure that the 2015 Mitsubishi Lancer Evolution performance car will be starting production in July and will be in the U.S. in its current form one more year. Stay tuned to Torque News for the latest future Lancer Evolution news.

suchita lobine wrote on March 20, 2015 - 1:50pm Permalink
want to know if you will release new model this year.i used to drive mitsubishi. Actually I have mitsubishi lancer ex.I dont like the model 2014.