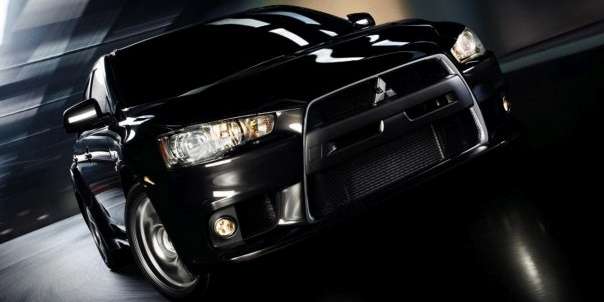 The next-generation 2016 Mitsubishi Lancer Evolution will see production and it may be coming with a new name.
Advertisement

We thought that the next-generation 2016 Mitsubishi Lancer EVO XI may not even make it to production and that Mitsubishi was thinking of axing the performance car. But new information from Motor Trend reveals that the Lancer EVO XI is still alive and well. It is coming with some major changes and it could even get a new name. The Japanese automaker is moving in a totally new direction with the Lancer EVO performance model and will get some form of plug-in hybrid powertrain like we thought.

Motor Trend sources in Japan confirm that Mitsubishi “is well into the development of a next-generation Evolution.” The next-gen high-performance Evolution will not be getting the same Renault platform that the Lancer will have, but will get its own special architecture. But its going to be different than anything we’ve seen before both in appearance and power and will likely get a new name.

Mitsubishi has made great progress in plug-in hybrid technology, and the new-generation EVO will reflect that. But performance fans need not worry, because the power output will increase. The insider told MT that the performance demands on the new EVO are so great that the Renault platform would not handle it. It will come with its own specially developed platform to handle the hybrid performance powertrain.

This technology has developed to the point where Mitsubishi is ready to put it into production with a new performance vehicle. The insider told MT that it will feature "uncompromised handling with state-of-the-art plug-in hybrid EV technology." It will be highly efficient and will incorporate a smaller engine, smaller electric motors, and lighter, better-performing batteries for the new performance package.

The MT report says the next-gen EVO will be powered by a smaller direct-injection turbo-diesel engine and a revised version of Mitsubishi's proven Super All-Wheel Control (S-AWC). It may get an enhanced version of the 135-hp 1.1-liter three-cylinder turbocharged engine powering the XR-PHEV concept unveiled at the Tokyo Motor Show 2013 last month.

With the next-generation S-AWC all-wheel-drive system, and the new battery pack slotted under the rear seats for ideal weight distribution, the new EVO XI should “achieve handling capabilities that will surpass any previous Evo.” The sources say the new hybrid technology will produce plenty of power for the new performance model.

While we thought the next-generation Lancer EVO XI could be dead, Mitsubishi CEO Osamu Masuko recently said, "The new model will take a completely different direction. What you will see in the near future will be a totally new Evo that employs innovative technology and inspired handling."

It looks like Lancer EVO fans have something exciting to look forward to. The next-generation 2016 Mitsubishi Lancer EVO XI may have a different name, but it will be coming with new fuel-efficient technology, performance and handling that will be better than anything we’ve seen before.