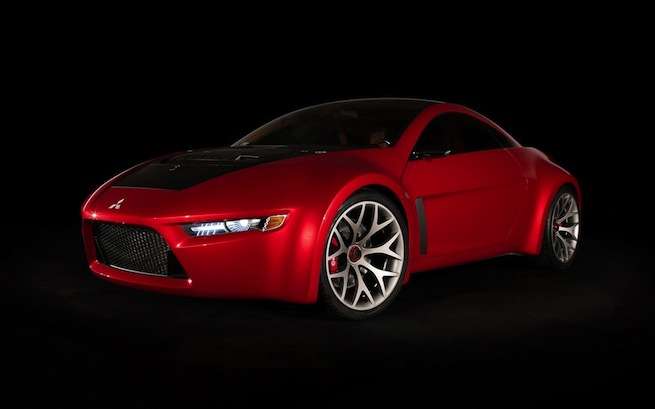 The new 2016 Mitsubishi Lancer Evolution XI is coming, but don’t expect it to be anything like the tenth-generation model.
Advertisement

The 2016 Mitsubishi Lancer Evolution next-generation XI will likely be very different than anything we’ve seen in the past from the performance sedan. There is much speculation about the eleventh-generation EVO and of course rumors revolving around the performance sedan persist. But sometimes rumors are born from bits and pieces of information that are accurate.

As automotive technology evolves at a rapid pace, so do the cars that we come to know and love. As electric technology grows, we see the auto industry growing at light speed. Mitsubishi is on the cutting edge this new technology as we’ve seen at Pikes Peak where automakers prove what their latest creations can do. But more importantly, where they prepare for future cars.

Mitsubishi is on the cutting edge

In the past two years, Mitsubishi has taken the i-MiEV Evolution I and II All-wheel drive, powered by high-performance electric motors and seen their cars finish second and third in the EV division in the 91st running of the famous race in Colorado.

As with most automakers that are on the cutting edge, they take what they learn on the track and transfer the information to the cars that reach production. Mitsubishi built the all-new technologically-advanced MiEV Evolution II from the ground up. Sure they did it to win the race, but more importantly, they did it for future production cars that you and I will be driving in the near future.

Taking a look at this technology gives us an idea of what to expect Mitsubishi to bring out in a production vehicle in the future. The MiEV Evolution II features a unique quad-motor (two front/two rear) drivetrain, next-generation lithium-ion batteries by Lithium Energy Japan (LEJ), an optimized all-electric version of Mitsubishi's exceptionally capable Super All-Wheel Control (S-AWC) all-wheel drive system and an aerodynamically-enhanced carbon-fiber bodywork.

Of course, EVs have the potential to outperform their gas-powered competition on the way up to 14,110 feet in the thin mountain air. A form of this powertrain will be what we see powering high-performance vehicles in the future. Here’s where we will see both gas and electric combined to produce incredible results on the track and road.

When we look at the next-generation Lancer Evolution, it may come with some form of plug-in hybrid technology. It has been talked about that it will have more than 500 horsepower on some high-performance models. The new EVO sports sedan could have sprint times from 0-62 mph in just 5 seconds. There aren’t any performance fans that would have a problem with that is there?

We don’t know what the new XI Evolution will look like, but there’s been speculation that it will resemble the RA concept, unveiled in 2008 in Detroit pictured above. Automotive News reports, the Mitsubishi Lancer Evolution XI will be redesigned for the 2016 model year, while the Lancer Evolution X will continue to be on sale through the end of 2015. Stay tuned to Torque News for the latest information on the next-generation Lancer EVO.