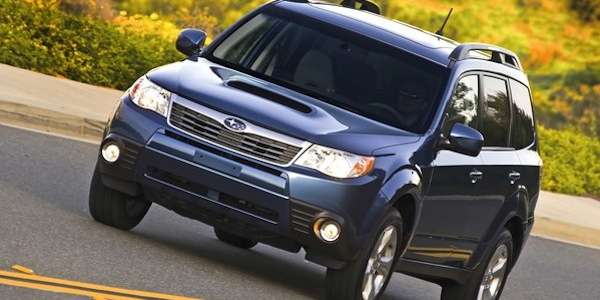 The Subaru Forester, Legacy and Tribeca are the safest vehicles for teen drivers under $12K. What prominent automaker is missing from the list?
Advertisement

According to Forbes, the Subaru Forester is the number one safest vehicle in America for your teen to be driving. Forbes says that 2009 and later Forester models rank the highest of any vehicle in America for receiving top marks in occupant protection from the Insurance Institute for Highway Safety (IIHS) and included electronic stability control. Subaru Forester models from 2009 can be found starting as low as $11,933.

Forester along with all Subaru vehicles have received more IIHS Top Safety Pick awards than any other brand. Subaru is the only manufacturer with IIHS Top Safety Picks for all models for six consecutive years (2010-2015). How do they do it? This is no easy task, but Subaru has been committed to safety since the 60s when they began conducting their own tests long before there was any official testing being conducted.

It’s not a surprise the Subaru brand has three vehicles that made the Forbes list. At the Geneva International Motor Show earlier this year, Subaru boss Nobuhiko Murakami made an interesting statement. He said, “We aim to become the number-one automotive brand for overall safety.”

Subaru doesn’t seem to be satisfied with where they are at in the area of safety. Subaru has already stated they also want to keep the customers trust. They want to do this by continuing to build the safest vehicles on the planet. Subaru has been committed to safety and has developed its highly-rated collision safety and "EyeSight" driving assist system that is rated number one in the industry.

Subaru’s goal is to “become a #1 brand for overall safety with "All-Around Safety" protecting all passengers and pedestrians.” The Subaru Forester is just one example in their lineup and Forbes ranks the SUV number for teens under $12,000. Check out the full Forbes story here.