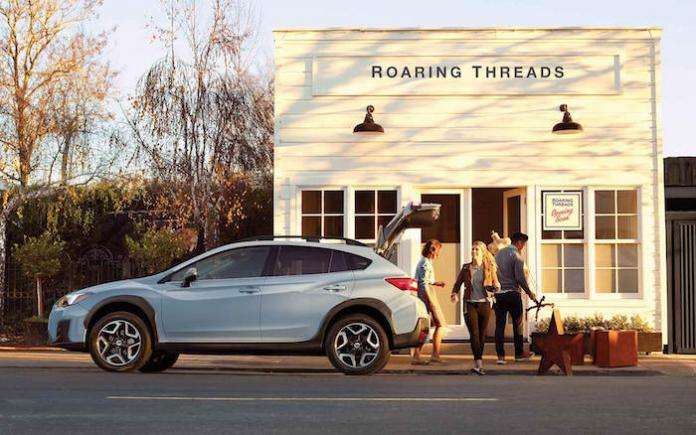 Why Forester Lovers Get Left Out Of Fun New Crosstrek Colors

The new 2018 Subaru Crosstrek gets two new colors that are going over big with younger consumers. Why do Forester lovers get left out?
Advertisement

Young millennial consumers are going to snatch up the new second-generation 2018 Subaru Crosstrek in big numbers. It’s partly due to the new colors in the form of "Sunshine Orange” and the new "Cool Gray Khaki," a shade that can also look a light shade of blue depending on the light.

When Subaru introduced the new video of the 2018 Crosstrek on their Facebook page, a huge number of responses were about the cool new colors. Subaru had so many requests from customers wanting the Tangerine Orange Pearl exterior color after it was dropped in 2016, they decided to bring it back in the form of "Sunshine Orange," a brighter shade than the orange previously offered on Crosstrek. The new colors are hot with younger buyers. 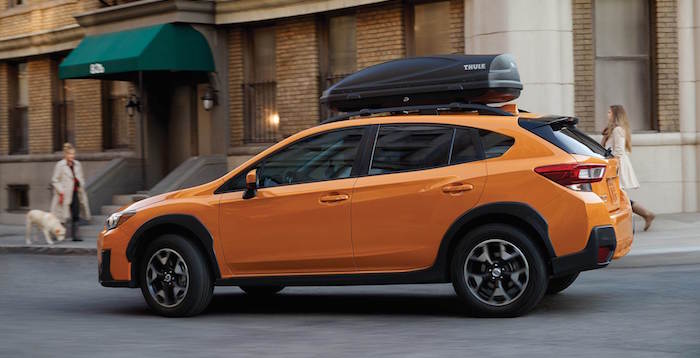 The other new Crosstrek color, "Cool Gray Khaki” is also going over big with young millennials who are the biggest demographic buying the new crossover. Crosstrek attacks a younger buyer than the Forester and Outback, the other top-selling all-wheel-drive Subaru vehicles. It’s why Forester lovers get left out.

That’s why Subaru hasn’t offered the “cool” new colors on the Forester. The Forester SUV attracts an older demographic and they are more likely to buy the top three exterior colors for the fourth generation Forester which are Ice Silver Metallic, Crystal White Pearl and Dark Gray Metallic.

Todd Hill, Subaru’s Car Line Planning Manager, says Subaru may even bring out more hot new colors for their younger Crosstrek buyers in the future. "Hopefully we'll have some more fun colors in the future," says Hill. Will you see them on the new-generation 2019 Forester? Stay tuned.

Ed wrote on September 13, 2017 - 11:51am Permalink
Hmmm, I actually don't care for the new colors, yes I'm a baby boomer LOL. I'd like to see a darker shade of blue (Dark Blue Pearl like the Outback) offered for the 2019 Forester. I'm fairly conservative in my color choices - I'm glad the younger generation likes the new colors, good for them.
Denis Flierl wrote on September 14, 2017 - 12:32pm Permalink
Subaru knows Forester owners are a bit older and Crosstrek buyers are much younger! If you let Subaru know Ed, you might see it on the next-generation Forester. Thanks for reading!
Ed wrote on September 14, 2017 - 1:11pm Permalink
You're quite welcome Denis. I may just do that.
Denis Flierl wrote on September 15, 2017 - 6:46am Permalink
Perfect! Subaru does listen to their customers.
Mena wrote on November 11, 2017 - 11:09am Permalink
I agree Foresters have the ugliest colors but I don’t want orange either. Ford and other auto companies have gorgeous colors. So! Why can’t Subaru have nice colors to pick from for the forester? Also, the cloth seats are horrible it’s like Velcro especially the black and the other seat color also but I can see it getting stained easily. I like the cloth seats on the Chevy Equinox! I have the black seats very nice material and sharp looking the color of the car is a very dark blue and at times looks black.I am going to wait for 2019 forester and hopefully they’ll have new colors to pick from but I’m not going to hold my breath. I don’t like the new version they have on the forester it’s all BLAAAACK! I wish they’d let the customers at least pick any color that’s available on any Subaru Forester line and choice of seating colors and material.
Edris Cooper wrote on March 10, 2020 - 7:19pm Permalink
I want a khaki or baby blue Forrester....