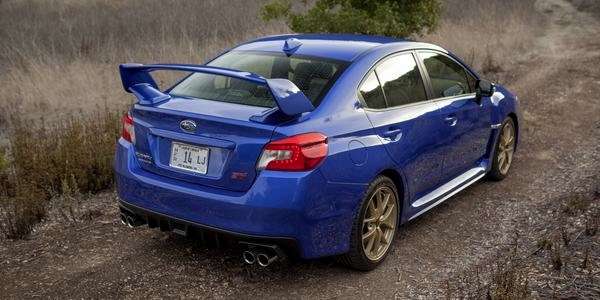 Subaru builds the best all-wheel-drive hardware on the planet called Symmetrical All-Wheel Drive. They just scored the Top Five spots on KBB’s “10 Best AWD Cars and SUVs under $25,000” list. But the 2015 Subaru WRX STI gets a system called Driver Controlled Center Differential (DCCD) that is exclusive to the performance model. What is it about this DCCD AWD system that sets it apart from Subaru’s other models?

The all-new 2015 WRX STI is Subaru’s top performance model and it is subjected to much more horsepower (305 hp) than the other models. WRX STI is a Rally-bred car that has its roots deep in Rally racing. The car was first developed and perfected on the race course and then built as a production model for performance enthusiasts around the globe. The first WRX was introduced in the U.S. in 2002, the higher-performance WRX STI launched in 2004 and changed the performance landscape.

The 2015 WRX STI DCCD AWD System has three automatic modes: “Auto” provides optimal performance for all conditions. The “Auto” (-) Active Sport setting shifts the torque bias to the rear and also opens the center limited-slip differential (no locking factor), which improves steering feel for performance driving on the track.

Because the WRX STI is often taken to the track and used in performance driving situations, in any of the system’s three automatic modes, the electronically managed continuously variable transfer clutch can vary the distribution ratio through the center differential as needed to suit driving and road-surface conditions.

Some STI owners will take their performance Subaru to rally races where there are slippery surfaces, such as gravel or snow where extra traction is needed. Subaru designed the WRX STI with the Auto (+) setting to tighten the LSD. Manual mode offers six selectable settings, allowing the driver to vary the front-to-rear torque distribution to optimize All-Wheel Drive performance to suit specific driving conditions.

The all-new 2015 Subaru WRX STI is more than just a fast car for performance enthusiasts to drive on the street. Subaru perfected the special STI DCCD AWD system in actual rally racing situations and it transfers directly to the production model. Subaru actually encourages WRX and STI owners to be involved in motorsports.